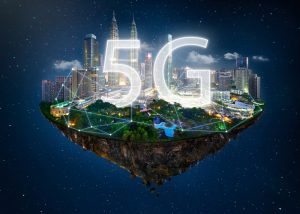 5G has the potential to provide the needed connectivity for IoT devices in the field.

Advisory firm Lux Research ranked 5G networking as the tech innovation to have the greatest impact in the next 10 years. The 20 for 20 report identifies 20 technologies likely to “reshape the world,” based on data from Lux Intelligence Engine and industry analysts.

5G networks are seen as critical for many of the Internet of Things and next-generation technologies, like self-driving cars and robotic surgeons. While the necessity of 5G to enable some technologies is debated, it is almost certain that a massive increase in wireless speeds and bandwidth will have a significant influence on technology advancement.

Shared mobility came in at number two, an innovation that has been happening over the past five years but is expected to increase dramatically as autonomous vehicles move out of trials. Currently, the trend appears to be going the opposite way, with more people in the United States owning vehicles than ever before.

In third place, advanced plastic recycling, which China is currently leading with 55 percent of all recycling technology patents coming from the country. One of the big issues with recycling is China and other South-East Asian countries have ended agreements to recycle the world’s plastic, due to the vast quantity of it that cannot be recycled. New solutions are needed to actually make plastic recyclable or to massively reduce our dependency on it.

Solid-state batteries are, similar to quantum computing, in the land of academia and laboratory experiments. With li-ion batteries reaching a performance plateau, and the environmental cost of mining the materials rising, having a new way of powering our electric cars and self-sufficient homes may be a necessity.

In fifth place, another environmental concern, protein production. With an estimated population increase of 1.3 billion in the next 30 years, new ways to develop food are needed. In the US and Europe, we are seeing the start of faux-animal foods, built in labs, headed by companies like Impossible Foods and Beyond Meat.