Home / Analytics / Blockchain as a Service: A Solution in Search of a Problem? 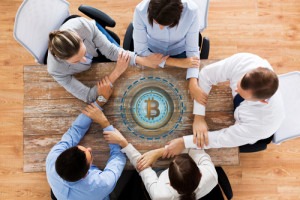 Blockchain as a buzzword has been picking up speed in the past year as one part of a firm’s overall digital transformation. But can it solve anything now?

Blockchain is taking hold in the corporate world, but are there enough use cases at this time to merit further investigation and implementation? JD.com, China’s largest retailer, recently announced it is launching a new blockchain technology platform for use by enterprise customers to build, host and use their own blockchain applications.

But how widely is blockchain being adopted? Will there be demand for Blockchain as a Service? A recent survey of 1,000 companies by Deloitte confirms blockchain has moved behind the experimental stage. “Momentum is shifting from a focus on learning and exploring the potential of the technology to identifying and building practical business applications,” the survey’s authors observe.

See also: The blockchain may remake the internet once the bugs are worked out

How does one develop a use case for blockchain, to assess whether this is the right approach to a business challenge? Tom Davies of Cisco provides some guidance to help sort through the possibilities blockchain has to offer. “You can apply it to so many use cases that it’s tempting to do just that,” he says. “But if you pause and think a little a bit about your use case, more often than not, there’s decent tech out there that will serve you just as well if not better.”

If the project does require a database, “then next think about if you or your application are the only actors that are going to be writing to it. If you are the only actor, then again, you probably don’t need to use a blockchain. You’ll be better off with a standard database on the whole. And there are plenty of those out there to choose from. This is where the bulk of applications fall.”