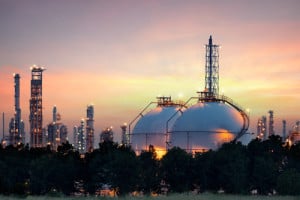 When the Indian government decontrolled petroleum prices recently, that paved the way for market-driven LPG pricing in India. But for Indian Oil, the challenge to tie prices to the market was immense. The company has 43,000 customer touchpoints in oil and gas refining, distribution, and retailing.

“We have the largest refining capacity in India,” says Abhishek Choudhary, manager of information systems at Indian Oil, which is 80-percent owned by the Indian government.

The company faced challenges implementing a dual pricing system for liquid petroleum gas (LPG). As Choudhary explained, every household in Indian has a connection for LPG, which Indians use for cooking. The Indian government subsidizes LPG, but wanted to bring the product under market pricing while still allowing subsidies to continue through direct transfers to a customer’s bank account.

Indian Oil deployed the Informatica Platform, which included the Vibe Data Stream and Real-Time Data Integration components. The challenge was to be able to recognize if a sale qualified for a government subsidy, and to immediately transfer money into the consumer’s bank account, versus selling LPG at a separate subsidized price.

“We converted our systems into a real-time consumption package,” says Choudhary. “We actually know how much consumption happened yesterday night. We’re capturing real-time data from secondary sales through gas stations across India.”

Leveraging Internet of Things capabilities also plays a role in the effort, Choudhary adds. The initiative takes “old-line LPG and petrol refinery stuff, and modernizes it with the real-time analytics from Informatica,” Choudhary points out. “We’re getting this data on a real-time basis, and then putting in systems or real-time systems that decide whether these subsidies get transferred to consumers or not, to make settlement.”

Indian Oil saw a number of benefits from real-time data integration, including:

The impact, however, goes well beyond the company, and is playing a role in the Indian economy, Choudhary says.

“We are capturing the data on a real-time basis direct from these devices and applying real-time analytics. We’re sourcing the secondary sales coming out of these deals. Once we have this data, since we control 70 percent of the Indian market, we actually know the consumption that India is having on a real-time basis. That is huge data.”

The real-time initiative is helping to “change the way business is done in India, at least for the oil industry,” he adds. “The sheer magnitude makes it so large, that up to today, we have actually transferred $120 billion into the banking industry that was not there.”

How Informatica gets data to vibe

More on this topic: The energy industry and real-time data