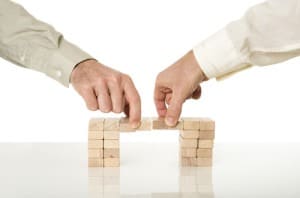 The Internet of Things (IoT) promises to open up vast new opportunities for enterprises. Yet the success of IoT hinges on adoption and acceptance by a group unknown to many, especially in business roles: the developers building connected, smart devices and applications.

The latest Eclipse Foundation survey provides an important reality check on top issues in this key function. The annual study finds IoT development expanding rapidly, fueled by growing investments in predominantly industrial markets. Two-thirds of this year’s 1,717 respondents said their organization develop and deploy IoT solutions today or will do so in the next 18 months.

Industries. Most IoT development was for IoT platforms (34%), followed by home automation (27%), and manufacturing (26%). Automotive, building automation and education all increased, the latter showing the greatest percentage growth.

Concerns. Security tops the list, cited by 38%. Connectivity follows at 21%, while 19% report data collection and analytics challenges. Another 18% of developers polled name performance, up from 12% last year.

IoT Security Tech. Communication and data encryption (38% each) tied for most important, followed by JSON Web Token Encryption or equivalent (26%).

Clouds. Many developers see cloud platforms as the best vehicles for supporting IoT implementations. Amazon Web Services is preferred by more than one-third (34%), followed by 23% employing Microsoft Azure-based systems. Another 20% are using Google Cloud Platform for their IoT work.

Languages. IoT developers prefer Java and JavaScript as languages for IoT projects in the cloud. For devices themselves, C and C++ ate the languages of choice.

Protocols. Almost 50% of participants use HTTP (likely for RESTFul web services) with MQTT strongest of the IoT-specific protocols (42%). For connectivity protocols, TCP/IP, WiFi and Ethernet dominate usage with Satellite and Thread more than doubling year over year.