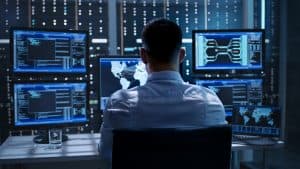 Research shows that observability in an AIOps environment provides early and ongoing paybacks to an organization.

When embarking on an observability initiative for enterprise IT operations, the keywords seem to be “patience” and “persistence”. That’s the underlying message in a report by software provider Splunk on observability’s benefits.

In The State of Observability 2021 Splunk and research firm Enterprise Strategy Group reported on the results from a survey of 525 enterprises around the world that have implemented observability. Organizations are finding benefits pretty much right away, but the greatest business results accrue over a couple of years.

The survey broke out respondents based on whether they are “leaders”, “intermediate” or “beginner” based on four criteria. Leaders were those having at least two years of experience with observability, the ability to correlate data across different systems, consolidation of vendor portfolios, and the use of artificial intelligence (AI) and machine learning tools.

At least 80% of leaders reported finding benefits from observability in these areas:

When you think about it, all three numbers reflecting the ability to gain benefits from observability are pretty amazing.

Any time eight out of 10 users of any technology report that they are reaping benefits in even a single function that’s noteworthy. To score like that across each of six areas is rare. High scores like that for other technologies historically have appeared only after maybe five years, not two.

It is even more telling that more than half of the beginners are already finding benefits in all six of those areas. For those IT executives who must face the C-Suite and the board of directors to report progress on the organization’s investment, that first level of return carries a pretty sweet message.

Let’s consider how observability, combined with AIOps, delivers benefits in each of those six areas.

Faster problem detection. Observability isn’t just about IT staff being alerted to a system or application outage that just happened. As observability and AIOps tools monitor enterprise systems on a 24×7 basis they learn what is normal operation and what represents a potential problem. By generating an alert before the problem occurs the tools anticipate trouble in time to head off an outage. The business keeps running.

Increased visibility across cloud-native and traditional applications. In today’s dream scenario a company is running modern applications across all departments and business units. Yet, that dream isn’t a reality for most companies that are more than a few years old. Typically, some apps fall into the legacy category. Observability offers an opportunity for observability to enable AIOps tools to learn what represents normal operations within those legacy systems.

Tighter ops-dev-security alignment. DevOps has found a home in the enterprise, allowing companies to build, enhance and manage higher-quality applications in a more structured methodology than under traditional waterfall development styles. Meanwhile, companies are recognizing the need to build in security from the start, rather than security reviews being an afterthought. Observability helps operations, development, and security teams to identify and react to security issues before code goes into production.

Faster application development and deployment. These two rolled together can make business unit managers do a happy dance. Those managers ask for applications and new feature support because they face a business problem or revenue opportunity, and they don’t want to wait a year or two to put that app to work. Observability tools can monitor the progress of development work, keeping things on a realistic schedule. Then, it’s more likely that a clean application is what goes to work for the business unit.

Faster problem resolution. This benefit applies all along the application lifecycle, from development stages in a DevOps/Agile environment to any the-company-is-at-risk system outage or security breach. Observability tools help to assure that quality apps get rolled out, that issues are detected before they bring an outage, or at least solved quickly if the problem activates. One key is that observability and AIOps tools working together not only spot a potential problem but notify all interested parties. Not all problems stem from a single cause. It’s the interactions and dependencies among multiple applications, system resources, and even departments that present the greatest challenges. With observability, there’s an opportunity to notify the various stakeholders who may have to take action on their own system elements.

If the success rates for observability initiatives reflected in the survey continue the business case for investment in observability and AIOps in the enterprise should be a fairly easy sell for IT leadership.