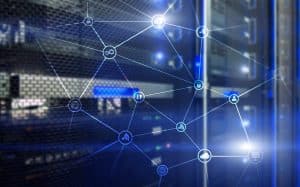 They are evolving technologies taking shape as sort of a three-legged stool. AIOps, observability, and continuous intelligence are real-time concepts positioned as keys to how information is processed and utilized in enterprise organizations.

Their proponents want enterprise leaders to think of those three amigos as being crucial to gaining insight into enterprise data, IT operations, and business performance.

By merging artificial intelligence (AI) with operations technologies and performance metrics, AIOps can, at minimum, take over much of the monitoring and alert infrastructure. In some cases, it resolves alerts and helps restore systems in outages. Then, observability – more of an approach rather than a technology – offers a unified view of operational systems and metrics to identify approaching issues or outages. It then offers up best practices for solving problems. Then, there’s continuous intelligence, which is casually called CI, brings the ability to learn on an ongoing basis from previous experiences as it gathers data on today’s systems performance.

If it sounds like the three evolving technology concepts sometimes overlap in their roles, that’s true. Yet, they don’t always rely on the other concepts to work. If it sounds like all three are too futuristic for some organizations, also true. Yet, each of the three already is working for various organizations, even if that use is on a limited scale.

Eckerson Group Vice President of Research Kevin Petrie positions these evolving technologies as a Venn Diagram, with just an element of each overlapping in the middle. In a recent interview, Petrie, who has been tracking all three concepts, helped to position them and offer some thoughts on their statuses. He also highlighted where the three may be independent of each other.

Playing a role in the evolution of all three concepts is the ongoing shift by enterprises from legacy, on-premises data centers to cloud-first operations.

Suppose that someone said enterprises don’t necessarily need AIOps, which some other experts pitch as the basis for the other two tech concepts. Petrie said that the “AI” portion isn’t a hard requirement.

“I think AIOps if done well — it’s not always done well – is a good way to move the ball forward with ITOps in particular. You thereby manage environments or client environments more effectively to ensure application performance and so forth. But I think there are a lot of ways in which ITOps and DevOps, and CloudOps, which provides those two, can be handled very effectively without necessarily doing AIOps,” he said. “You don’t necessarily need AI or machine learning in order to optimize your cloud environment. I think a solid foundation starts with log analytics.”

The state of the often-hyped AIOps is similar to that of other future technologies, according to Petrie. “Yes, it’s catching on among early adopters. But I think it’s like a lot of technologies that are getting some bleeding-edge adopters. There are some early adopters, but enterprises still have a long way to go. In general, our estimate is that a lot of the enterprises we work with are five years behind what the vendors are talking about.”

But how to differentiate observability and continuous intelligence?

“My definition of continuous intelligence is that it’s ingesting, transforming and analyzing real time data and historical data, internal data and external data in order to optimize a system. In my view that’s continuous intelligence. So that could be a telephone network, a location-based customer application for a mobile phone. It can be a whole host of those of things, but it’s really those elements, internal and external and data , real time data, historical data, all of which you transform and analyze to address real-time business events”.

Petrie said leading edge enterprises in multiple verticals are turning to continuous intelligence “to seize opportunities and reduce risk in a number of settings.” So, it could be different manufacturing companies or logistics companies that are trying to optimize mechanical equipment or networks of delivery trucks, things like that. It could be companies that are trying optimize offers to consumers through their eCommerce platforms.”

He said observability is more for ITOps, while continuous intelligence can extend beyond IT into other business functions.

“Continuous intelligence is one way to approach observability but observability in my view is fundamentally about IT systems and improving the efficiency of IT systems. Things were supposed to get a lot easier when organizations digitized and moved to the cloud and so forth, but it’s actually a lot harder, noted Petrie.

As with any leading edge technologies, AIOps, observability, and continuous intelligence are likely to bump into each other with promises to cure all that ails IT and business. Yet, they also will be offered as partner technologies for each other, taking more defined shapes as time passes.