Home / Analytics / Beyond AIOps: Observability for Effective IT Operations
Sponsored by Moogsoft 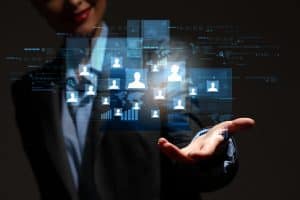 Why do you need to make observability part of your IT strategy? The benefits include keeping your employees productive and your business running.

All that seems simple enough, but for the “how” behind it you need to think back a decade to when the promises of cloud were just emerging. Offloading your infrastructure to the cloud was going to improve uptime while also reducing capital and operating costs. Meanwhile, switching to cloud-based applications promised access to best-of-breed apps while minimizing development expenses and the need to patch.

Enterprises generally have realized those cloud benefits in the ensuing years, but they also have encountered a new challenge, complexity.

The move to cloud often has required a multi-cloud strategy with several infrastructure suppliers and a basket full of SaaS providers. A single user working on a single task might draw on the cloud infrastructure but also two or more SaaS apps. Then, factor in use of legacy systems that are still maintained by the IT team. Scale that scenario out to tens of thousands of employees, and you have a modern-day Tower of Babel with each tech element depending on others to get the job done right. That’s complexity!

You may have implemented AIOps with monitoring and artificial intelligence helping the DevOps team spot failures as they happen and to optimize performance. Yet, finding out about a failure as it happens doesn’t cut it. The benefit of observability is that it lets you be proactive in identifying potential breaking points in your systems and applications and take prescriptive action before an outage hits.

The signs of potential failure are there, swamped by a torrent of alerts, sensor readings, and seemingly minor performance issues. Response time lags on a particular application hitting a specific database, or maybe for a certain subset of users. Things aren’t crashing, yet, but it may be only a matter of time.

Observability tools help to spot these early signs of trouble.

Note that observability takes a step beyond the traditional green, yellow and red lights or dials of a pre-programmed dashboard. DevOps tools provider Splunk notes, “Observability uses three types of telemetry data — metrics, logs and traces — to provide deep visibility into distributed systems and allow teams to get to the root cause of a multitude of issues and improve the system’s performance.

Chief Ambassador at the DevOps Institute Helen Beal discussed observability in a post on Moogsoft.com. “A key challenge when working with software is that it’s invisible. Observability acknowledges that, and demands that engineers consciously code their product to emit metrics and logs that allow them to observe the invisible. This aligns with the DevOps goal to have ‘telemetry everywhere’; that is, the active collection of remote data from all parts of a system. It sounds like monitoring, but it’s more than that. It’s not just telling you that a service is working or not, it’s giving you the data to discover root causes and potential solutions.

“Traditional monitoring alerts to potential problems, but the onus is on the operator to go look and figure out what it is. Observability and AIOps collate and analyze the data (from multiple monitoring systems that likely don’t share information between themselves effectively) on behalf of the operator, contextualize the problem and provide guidance on how to act.”

Gartner, in a 2020 report, outlined some of the benefits and use cases for observability. “Observability enables organizations to reduce the time it takes to identify the root cause of performance-impacting problems. In particular, and in contrast to traditional monitoring, operators can freely interrogate data posthoc without the need to preprogram dashboards. It is anticipated that I&O organizations implementing observability will realize other benefits.”

Such observability benefits include:

The original use of the term “observability” isn’t new, considering that it simply relates to the ability for something to be observed. However, it is taking on a fresh look today when applied to enterprise information technology. All those bits and their flaws not only are observable, but are reparable when you take action early enough.