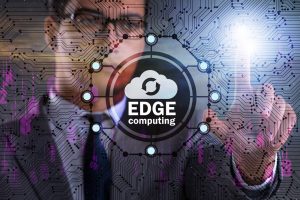 As massive amounts of data are created, the cloud will extend to the edge. It won’t be cloud versus edge; it will be cloud with edge.

The “Edge” is more than just a bunch of devices and sensors — much more. (And not just a world-class guitarist.) It represents “the Third Act of the Internet,” leveraging billions of dollars of edge data centers, servers, storage arrays, fiber optics, and wireless technologies. It is accelerating the growth of new technologies such as wireless 5G and autonomous vehicles.

That’s the word from State of the Edge, a member-supported research organization, in their latest analysis of the industry as it stands at the beginning of a new decade. They cite a Gartner estimation: Today, while 91% of data is created and managed within centralized data centers, within the next two years, 75% of that data will need analysis and action at the edge.

The report’s authors calculate that enterprises will be spending at least $700 billion over the coming decade on edge IT infrastructure and data center facilities. “Today’s Internet struggles to support the newest use cases, particularly those that require real-time and low-latency interactions, not to mention handling connections with billions of devices generating petabytes of data,” the report states. A move to the edge will help companies manage this overwhelming data tsunami.

But what do these big numbers mean to enterprise decision-makers, who hope to benefit from edge computing? For starters, while investments will need to be made in a networked infrastructure, economics will favor edge computing, the report’s authors predict. As the creation and consumption of massive amounts of data will be catalyzed by four enabling technologies — Internet of Things devices, 5G, AI, and edge data centers. In addition, demand for edge computing will come from ongoing issues with latency; high data volume accompanied by insufficient bandwidth; cost; data sovereignty and compliance. This unique mix of technology and economics “will make it practical to assemble, store, and process more data at the edge,” they state.

Perceptions of the edge will shift as well. “As massive amounts of data are created outside the traditional data center, the cloud will extend to the edge. It won’t be cloud versus edge; it will be cloud with edge.”

There are other compelling business reasons companies will be making the shift to the edge as well, the report’s authors state. Information will be available at real-time speeds. In addition, unlocking new data sources means potentially new markets.

Here are considerations for making the move to edge computing:

Harsh conditions/remote locations: Unlike centralized data centers, edge architectures will need to be designed to withstand temperature extremes and other natural events.

No-touch/self-healing: “Ideally, a remote data center can detect problems and heal them without any user intervention, and be able to guarantee a certain quality of service. This capability can be brute-forced through hardware redundancy and resource overprovisioning, but it can be ideally delivered with software that intelligently rebalances resources using
orchestration and automation.”

Dynamic provisioning: “An ideal architecture would dynamically provision compute, storage, and networking services on-demand, distributing workloads across multiple edge locations. This kind of infrastructure on demand can be realized with an edge API that exposes hardware functionality and resource provisioning.”

Global data experience: “While edge nodes allow data to be stored and acted upon locally, the data should be treated as a global entity—its location should not matter to the user.”