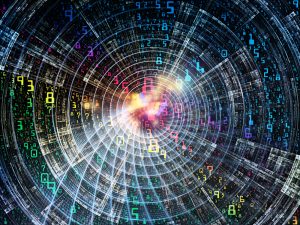 The rise of network disaggregation in the telecom industry is analogous to the cloud-native revolution we’ve seen in computing.

Thanks to pressure from customers, employees, and shareholders, organizations across all industries are closely scrutinizing their ESG (environmental, social, and corporate governance) performance and looking for ways to improve. The telco sector is no exception and network disaggregation may be able to help.

Previously, before committing to a hardware purchase, operators would weigh up the functionality of a new appliance, whether it complied with the latest protocols, and how new security algorithms or holes were handled. Now, they must additionally consider the overall network’s environmental impact whilst also juggling several other competing factors. The chief of these is meeting insatiable consumer demand for high bandwidth and low latency – without increasing end-user costs. Integration with emerging technologies like IoT and edge computing is also important.

So, how can telcos meet their ESG goals without compromising on these other factors?

They can accomplish this by investing in the future of networking technology – disaggregation. Let’s take a closer look at the details.

See also: Why Telcos Must Redefine Quality of Experience Strategies

What is network disaggregation?

Traditionally, carriers have built their networks using monolithic systems which integrate software and hardware from one vendor. This both locks them into an investment with a single vendor and traps them in a vicious cycle of slow and expensive hardware replacement.

In disaggregated networks, on the other hand, the software is separated from hardware. This has become possible thanks to the advent of high-volume, low-cost networking chipsets known as ‘merchant silicon.’ These can be used to build a new category of powerful low-cost ‘bare-metal’ switches, which are functionally like traditional router systems but are significantly cheaper than equivalent conventional telecommunications equipment. Alongside this ground-breaking hardware, a new generation of networking software has also been born. This software can transform bare-metal switches into the highly featured IP/MPLS switches used in telco networks.

Why are disaggregated networks better for the environment?

The rise of network disaggregation is analogous to the cloud-native revolution we’ve seen in computing. Unlike their traditional predecessors, disaggregated networks are based primarily on software, making them much leaner and more scalable than their monolithic predecessors. For instance, to increase the capacity of a disaggregated network, operators can simply add low-cost white boxes to their networks and turn on new software licenses rather than add a whole new chassis-based system.

All this means that disaggregated networks can have a smaller physical footprint than their traditional alternatives, with infrastructure that is significantly less energy-intensive to produce.

It’s also worth noting that, in a disaggregated network, operators can easily switch software vendor with little to no environmental impact on the hardware. By contrast, in traditional, monolithic networks existing hardware must be torn out and replaced alongside the software. We’re currently seeing this wasteful process occur time and time again all over the world, as hardware becomes outdated or as countries ban Huawei from their telco networks (due to accusations of spying by the Chinese government). These situations would have been entirely prevented if the networks in question had been disaggregated.

Fast internet isn’t a luxury, but a core element of sustainable development

In light of the global climate emergency, it’s no surprise that environmental factors often dominate discussions about ESG. However, telcos should pay equal attention to the social impact of their operations – specifically, the growing “digital divide” between those with access to fast internet and those without.

Internet access has been a United Nations universal human right since 2016. Despite this, even rural communities across Europe and North America often have to make do with a poor or even non-existent connection. Almost a quarter (24%) of rural US adults surveyed by the Pew Research Center named lack of access to high-speed internet as a major problem in their local community.

Perhaps more surprising is that 13% of urban US adults reported experiencing the same issue. Particularly unsettling is the fact that the National Digital Inclusion Alliance’s 2019 analysis of the US’ worst connected cities showed that the top 20 cities with the worst broadband access all had poverty rates of at least 10%.

Often, the reason for poor internet connection in urban areas is a lack of capacity between the access network and content delivery networks. Existing infrastructure that was often installed years ago simply cannot cope with our current reliance on the internet for work, education, healthcare, and more. The solution, increasing broadband capacity, is easier said than done – particularly in traditional monolithic networks.

In disaggregated networks, on the other hand, hardware and software can be deployed using zero-touch provisioning in a matter of minutes. Plus, the capacity of any dimension of a system can be upgraded without throwing away existing infrastructure. All of this offers telcos the agility, simplicity, and scalability they need to close the digital divide and eradicate digital poverty in the developed world.

Looking forward, though network disaggregation will no doubt play a significant role in improving the telco sector’s environmental and social impact, is enough currently being done to prioritize ESG? In short, no. As industry groups like the Telecoms Infra Project’s Open BNG Initiative continue to spearhead the development of network disaggregation, we need to pay more attention to how we can minimize our environmental impact whilst maximizing social good. After all, necessity is the mother of invention, and the need has never been greater.

Richard Brandon has more than thirty years of experience in networking and IT. Currently VP of Strategy and Business Development at router software pioneer RtBrick, Richard was previously CMO at Edgeware, where he helped take the company public. He has previously held positions of VP of Worldwide Marketing at Juniper Networks, CMO at Intune Networks and MLL Telecom, and at Cisco Systems. He was Head of Service Provider Marketing in EMEA. Richard spent his earlier career in British Telecom.