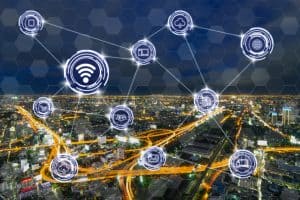 You’ve heard of cloud computing. You’ve probably also heard of edge computing. But do you understand the differences between the cloud and the edge?

That’s a simple question with a relatively complex answer since both cloud and edge architectures can come in various forms. Let’s try to break down the similarities and differences between cloud computing and edge computing and explain how they relate to each other.

What is the cloud?

Cloud computing, of course, is an architecture in which data or processing are offloaded to servers hosted in a remote data center.

Clouds come in many forms – public, private and hybrid –  and there are a wide variety of cloud services available, ranging from basic virtual machines and storage to serverless functions, IoT device management, and even satellite communication controls.

What is the edge computing?

In an edge architecture, data or processing are offloaded to remote infrastructure that is not necessarily a traditional data center. That work is done “closer” to end-users – in terms of geographic and network proximity –than a conventional data center.

That said, the general distinction between edge computing and cloud computing is that in an edge architecture, workloads are close enough to end-users to deliver latency rates that are measured in single- or double-digit milliseconds. Many applications now require such low latency. For example, self-driving and autonomous vehicles do not have the time to send a video stream to a data center for image analysis to decide whether a pedestrian is in the car’s path? The data analysis, decision-making, and action must be done on the vehicle, which is essentially a complex edge device.

A conventional cloud environment is not usually capable of that level of performance. For example, latency between different AWS regions is typically measured in the hundreds of milliseconds (and that is inter-region, intra-cloud latency, which is likely to be lower in many cases than latency between the cloud and an end-user).

Edge computing as an extension of cloud

It’s worth noting, too, that edge computing is not an alternative to cloud computing as much as it is an extension of it. Edge infrastructure can integrate with central cloud data centers to deliver performance levels that wouldn’t be possible using the cloud alone.

Viewed from this perspective, the somewhat hazy relationship between edge and cloud comes into sharper focus. Don’t worrying about what counts as an edge architecture and what counts as the cloud in contexts where the distinctions are ambiguous. Think of edge and cloud as complementary setups that, when combined, deliver an end-user experience that adds up to more than the sum of its parts.