Home / Analytics / The Data is In: Data Science is Delivering 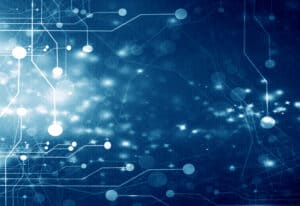 Nearly four in five (79%) managers agreed that data science, machine learning, and AI are critical to the overall future growth of their companies.

Are data scientists earning their keep in today’s enterprises? The answer is yes, and in fact, their work is providing a 4x-to-5x return to their employers. Data science, seen as the hot and essential role for today’s generation of data-driven companies, is living up to its promise.

That’s the word from a recent survey of 151 data managers conducted by Domino Data Lab, which found that nearly four in five (79%) agreed that data science, machine learning, and AI are critical to the overall future growth of their companies. A full 36% called these technologies the “single most critical factor” in their company’s expansion. Nearly half of respondents said that their company’s leadership expects such efforts to produce double-digit revenue growth — up from 25% in a similar survey in 2021.

The survey also finds that the hardest technological issues related to scaling and operationalizing data science were accessing appropriate methods and tools (45%-46% of respondents say that’s their most significant challenge) and security considerations.

The challenge is finding and keeping talent, according to 44% of respondents. Another 43% say there’s a need to facilitate greater collaboration, and 43% also say there’s a greater need for on-demand access to tools and infrastructure.

Companies have been stepping up their efforts in these areas, Carlsson says. “There has been a leap forward not just on the tools and technology side but, more important, on the people and process side,” he says. “Organizations have been able to bridge the chasm between developing data science solutions and deploying them, which has required better integrated MLOps platforms as well as alignment between data science, data engineering, operations, and line-of-business leaders.”