Home / Analytics / Opinion Mining’s Donald Trump Challenge: Getting at “Why” 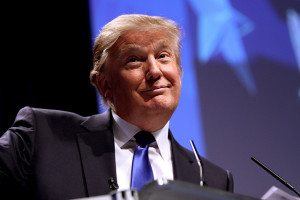 Sentiment analysis, or opinion mining, comes with challenges and opportunities in politics and business. One hurdle is understanding why the public is feeling a certain way about a certain phenomenon.

Donald Trump has lit up the Twittersphere and is currently far ahead of any other Republican candidate in the polls. The big question is why.

The field of opinion mining or sentiment analysis, which monitors social networks and news feeds often in real time to determine public mood, runs into some challenges explaining Trump’s surge.

If the GOP nomination were held today, and in a perfectly democratic system, Trump would likely win. He’s ahead in polls despite a string of offensive statements that were predicted to lead to Trump’s demise and would likely sink other candidates. Trump, however, is not only afloat but so far he’s winning the boat race.

Any business might be pleased to capture market share as Trump has in politics.  But presidential politics works differently than markets and it isn’t perfectly democratic. There’s a state-by-state primary system, and however “viral” Trump might be right now, he will likely not win over the GOP establishment to earn enough delegates. As Nate Silver pointed out in a recent article, the present GOP field is composed of 17 candidates, and voters will coalesce around a candidate or two as state primaries unfold. Trump’s unfavorability ratings are also high.

None of this explains, however, why Trump is dominating GOP market share with 22 percent support. That type of understanding is extremely valuable not only for politics, but for industries ranging from financial services to retailers. Understanding why people feel the way they do about something—a key aim for the field of sentiment analysis (also known as opinion mining, or text analytics)—offers businesses a chance to refine their products and marketing in real time, improve customer experience, or predict how a company’s stock might behave.

Trump’s appeal seemingly has little to do with his policies—probably his most well-known position is building a wall across the U.S.-Mexican border—but is largely based on his brashness, according to a recent New York Times article that cited polling by the firm Civis: When describing Trump, “voters of varying backgrounds used much the same language, calling him ‘ballsy’ and saying they admired that he ‘tells it like it is’ and relished how he isn’t politically correct,” the article stated.

Trump’s style—shooting from the hip and his mouth—is opposite that of the careful data-driven candidate or campaign, such as Obama’s 2012 effort. In the most recent GOP debate, Trump decided “he was going to wing it and he just said what he thought,” noted Seth Grimes, one of the foremost experts on sentiment analysis. Trump’s blunt style is obviously appealing to some, but even with a great social-sentiment system for elections, how the public feels about something is not the sole predictive factor, Grimes said.

For example, part of the genius of Nate Silver, who correctly predicted the 2008 and 2012 elections, lied in looking at state-by-state polling, said Grimes, who organizes a yearly sentiment analysis symposium. That’s difficult to do in sentiment analysis, because in most cases the systems can’t tell where a voter lives and whether or not they are likely to vote, Grimes said. (That’s a challenge for businesses too that want to understand their target consumers).

One can’t “blindly” mine opinion and come up with a conclusion or prediction, Grimes said. “You have to understand what information you’re trying to learn and what data you need to learn it, and then what methods are going to help you get there.”

Grimes noted that in marketing, and increasingly in politics, large communities are developed where the age, economic background, and gender of every participant is known. “They are focus groups times 1,000,” he said, and one can get a better “slice and dice” of sentiment when they know if someone is a likely voter or likely purchaser of a company’s products. “The combination of community methods with sentiment analysis is potentially very powerful,” he said.

With sentiment analysis, in most cases the best solutions are going to be hybrid ones where the machines go “broad, fast, and deep” to identify material studied by business professionals, Grimes said. One example is customer experience. “You want the software to flag when customers had a bad experience and decide what it is about, but then it is typically humans who take action on it,” Grimes said.

However, in terms of social or customer-market intelligence, when one wants to get aggregate views of attitudes towards a particular product or service, that may require a licensed solution. “The key point is you need to apply the technology that suits the type of data in the type of business process you are engaged in,” Grimes said. “People often try to do on-the-fly technology blindly without really choosing what is best suited to the job at hand.”