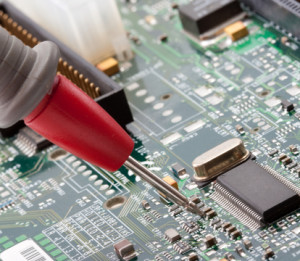 Test engineers who want to ensure all the “Things” on the Internet don’t break down need to get smarter than the gadgets. As the EVP of National Instruments explains, a smart IoT testing approach is platform-based and makes any problems primarily software challenges.

A convergence of technologies—software, connectivity, and sensing—has created a revolution of smart devices that we’ve come to call the Internet of Things (IoT). Originally, some of these devices were viewed as mere gadgets, but we are now seeing the tremendous opportunity this trend has to impact our way of life by making our personal electronics, our cars, and our cities smarter and more connected. Although creating these smart devices is left to inventors and designers, it is test engineers that ensure the they function safely and reliably while keeping pace with additional software and new capabilities.

The number of smart, connected devices is exploding: Gartner estimates there will soon be more “Things” on the Internet than there are humans on the planet. By 2022, each household could contain more than 500 connected devices. As the capability of these devices grows rapidly, society continues to reap the benefits of connectivity. Meanwhile, the testing of these devices is challenged to keep pace economically.

Innovation for the IoT has required companies to test devices for safety and reliability at higher consumer volumes and at the lowest price possible. Given this reality, traditional automated test equipment falls short. Companies need automated, smart testing equipment for smart IoT devices. 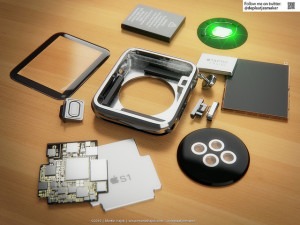 When the end goal is to sense, compute, communicate, and connect everything, smart devices built for the IoT must evolve at a breakneck pace. According to teardown.com, when Samsung released the Galaxy S5 smartphone, the company decreased the cost of test by $0.09 per unit compared with the S4 and added five new sensors (humidity, infrared, proximity/gesture, heart rate, and fingerprint). This was made possible through a test strategy built on open standards with maximum interoperability.

Using a platform-based approach to smarter test equipment, companies can construct a system that requires interoperability between platform elements and places a high value on software—the ultimate source of “smartness” in test system design. A platform-based approach is a single, flexible hardware architecture deployed across many applications, which removes a substantial amount of the hardware complexity and makes each new problem primarily a software challenge. An effective platform-based, smart testing approach does not focus on hardware or software but instead on the innovation within the application itself. Not coincidentally, this is the same approach driving such innovation in the devices themselves. 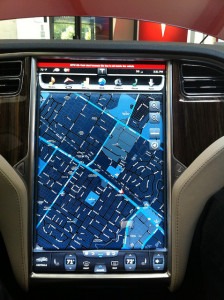 When the Federal Aviation Administration recently decided to allow passengers to use their handheld electronics so long as they were in airplane mode, it did not require everyone to send their phones in to have hardware swapped out—it was a software fix.

When Tesla Motors discovered that its car was riding a little too close to the ground at higher speeds, it did not force a recall; instead, Tesla sent out an over-the-air software update to stiffen the suspension of the car at higher speeds. Users were once forced to purchase a new device to gain new functionality, but now smartphones, televisions, computers, and even automobiles take advantage of reprogrammable software to extend or improve the functionality of hardware devices after initial release.

As the market continues to evolve and grow in complexity, we will be forced to embrace change and expect the unexpected. And as these smart devices increase situational intelligence through upgradable software, so too should the test equipment. With software-defined IoT testing equipment, organizations can invest in a platform that not only meets the test challenges of today but also adapts to new requirements while mitigating capital expenses. Modular hardware is part of this approach, but software is what ties everything together in a platform-based, automated smart testing approach to equipment

Each year, a company similar to Nest or Tesla will revolutionize a market and change the way we interact (or do not interact) with a device. Each year, additional sensor technology will be created to give us insight into the world around us. Each year, a new communication protocol will be defined that allows us to embed more data in fewer bytes. And each year, test engineers will be required to validate that all of these new devices deployed into the IoT are working safely, reliably, and cost-effectively. More and more companies have adopted a smarter, platform-based approach for their IoT testing equipment to address these challenges. As cost and time to market are continually reduced, innovative companies cannot afford to have their devices outsmart their automated test equipment.’

Related: An Internet of Broken Things

As Executive Vice President of National Instruments, Eric Starkloff leads worldwide sales and marketing organizations responsible for driving focus, accountability, and growth. Since joining NI in 1997, Starkloff has held leadership positions across the marketing organization, including leading teams that pioneered industry adoption of systems platforms such as PXI and NI CompactRIO. Starkloff invests his time in science, technology, engineering, and math (STEM) education and in his community serving on the advisory board for the Bradley Department of Electrical and Computer Engineering at Virginia Tech and the board of directors for Urban Roots, an Austin-based sustainable agriculture program to transform the lives of young people. Starkloff holds a bachelor’s degree in electrical engineering from the University of Virginia.