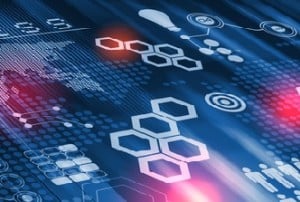 Given that the Internet of Things is expected to be a $14. 4 trillion market in the next five years, it’s not surprising to see enterprise software giants embarking on land grabs. There’s Cisco-Jaspersoft; Cisco-ParStream; a collaboration between GE and Microsoft; and a strategic partnership between C3 IoT and Amazon Web Services.

One acquisition, announced Sept. 28,  is SAP’s purchase of Plat.One, a small IoT startup. The under-the-radar acquisition of course reinforces the importance of the cloud in IoT deployments, but it also speaks volumes about two lesser-known but crucial aspects of the IoT: edge computing and device interoperability.

“We conducted a review of IoT platforms in the market and found PLAT.ONE to be a strong leader, particularly in device interoperability, edge processing capabilities and development capabilities,” said Bjoern Goerke, SAP’s executive vice president of product and innovation technology.

Plat.One has an IoT platform that communicates with over 40 machine protocols. A micro-services-based adaptive architecture can run logic on a device, at the edge (such as a router or gateway) or in the cloud.

In an interview with RTInsights, Dr. John Bates, CEO of Plat.One, gave the example of a smart parking application. While the cloud may be used for big-data analytics, the application may not want to send video on available spaces to the cloud since it runs into bandwidth issues trying to do so over a wireless network. Or, in the case of low-power networks, such as SIGFOX or LoRa, an edge device may want to perform local analytics or pre-filter data.

Bates further noted that edge processing comes in handy when a device disconnects from the cloud.

What happens, he said, “when you want your city systems to keep operating and the connectivity required is not there?”

A plug-and-play approach for enterprise IoT

For IoT projects, device interoperability is a standard gremlin: With so many different machine-to-machine  protocols, the inability to get devices accurately relaying data on a network has been known to mire IoT projects with complexity and costs. Plat.One developed the ability to integrate over 40 different machine protocols by working on a wide variety of IoT projects in logistics, cities, smart farming, and smart factories.

A smart lighting project, for example, may involve different lighting vendors with different machine protocols and network connections. Plat.One’s platform manages that complexity, allowing communication between the devices and platform.

With Plat.One, “you can plug these things together quickly,” Bates said.

The company also has the ability to learn new IoT protocols quickly, a capability that entails listening to the sensor to learn what is normal and what is anomalous. “It’s like a machine-learning capability,” Bates explained. “You can start to listen to the protocols, and with a custom protocol, it can take a couple of days [to learn] as opposed to several months.” That avoids a situation where an IoT project runs out of time (and funding) to become operational just because devices couldn’t communicate properly.

The platform further offers a graphical modeling environment in which the “things” are business objects, Bates said. This will also “future-proof” IoT projects because they won’t be fettered to specific protocols and device details.

Combine the two companies, and HANA cloud can now allow IoT-enabled business applications throughout an enterprise — from the cloud to the edge.

Beyond SAP merely acting as a global propagator of Plat.One’s IoT capabilities, it can now link them to other business applications. SAP excels at a wide variety of business software, including for enterprise resource planning, human resources, supply-chain management — the list goes on. (SAP has an entire page devoted to  its products that have been named to Gartner’s Magic Quadrant, and the page requires a lot of scrolling).

“SAP can dominate the IoT space because of its unique footprint,” Bates said. “Nobody has the business apps that SAP does.”

For instance, Bates said, traditional ERP and human resources are not connected to real-world things. But consider a factory or truck: With edge processing, you can now connect the truck to the factory, and rather than guessing how much fuel has been used, or the condition of the truck, you can actually get that information in real time.

Video: Enterprise IoT doesn’t have to be hard, says Plat.One