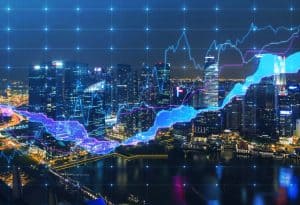 To be competitive, banks and insurance companies must invest in architectures and tools that deliver more flexible, scalable, and resilient software services.

The banking and insurance industries were among the first to go digital. The first online banking platforms date to the early 1980s — long before most consumers had computers at home, let alone Internet connections. Likewise, insurance companies were using early computers to crunch numbers and assess risks more than one hundred years ago (starting back when most computers were not even technically digital).

For financial services companies today, this early adoption of IT solutions is both a blessing and a curse. It’s a blessing because it means that these companies were benefiting from automated, networked IT infrastructure starting decades before many other types of businesses. But it’s a curse because many of the early IT systems that banks and insurance companies implemented are now wildly out of date.

Somewhat ironically, then, these sectors that were among the first to take advantage of modern computing are now struggling to keep up in many respects with modern technological innovations. They can make up for lost time, but only by investing in new types of solutions and initiatives that — due to the dated nature of many of their systems — have been slower to make inroads in banking and insurance than they have in other industries.

Here’s a look at three ways that banks and insurance firms can make a leap forward into the cloud-native age.

One key challenge that arises from legacy IT systems is the lack of interoperability. Three or four decades ago, before the concept of open-source software existed and software standards were in their infancy, few developers or IT architects were thinking about the importance of building systems that could work with those of third parties. They only designed services that would work internally.

That places them in a poor position today when customers expect the ability to switch seamlessly between different platforms. The key to eliminating silos between banking and insurance systems is to embrace concepts and technologies associated with what is known as open banking, which leverages open APIs and standards to deliver financial services that work across different vendor environments and platforms. The result is a much smoother customer experience, as well as more opportunities for developers to integrate with or leverage features from third-party platforms.

A surprising number of banks and insurance companies still rely heavily on mainframes to host legacy software. At the same time, they are using the cloud to host more modern applications.

A solution here is to take advantage of mainframe-as-a-service, which makes it possible to move mainframe applications to the same type of IaaS architecture that powers conventional cloud apps. Running Linux on mainframes is another way to consolidate infrastructure, although it moves organizations away from rather than toward a cloud-centric architecture.

Customers expect the same experience from banking and insurance apps that they demand from other types of software. They expect apps to load in no more than 4 seconds and respond within 2, for example.

Those can be tough performance goals to meet for companies relying on legacy software to deliver them. Toward that end, a key focus for banks and insurance companies today should be on modernizing application architecture. They can refactor monolithic applications into microservices, which are more resilient against failure. They can also deploy applications using containers, which start faster, fail more elegantly, and generally enable a smoother customer experience.

To be sure, not every app can be rebuilt or fully modernized. But to the extent possible, modernization should be a major goal for banks and insurance companies seeking to keep pace with modern user expectations.

The technology landscape has shifted, but banks and insurance companies have not always moved with it. To remain competitive and meet modern user expectations, businesses in these industries must invest in architectures and tools that deliver more flexible, scalable, and resilient software services while also adding efficiency to legacy apps and infrastructure.