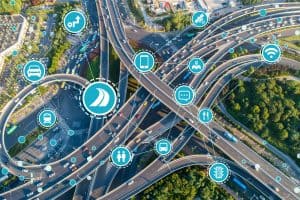 Early adopters are fusing and analyzing their massive geospatial and time-series data in real-time to support new application areas.

Real-time decisions informed by smart sensors and IoT data are increasingly critical in many industries and applications. However, new approaches to data management and analysis must be taken as more of the data from such devices is streaming data that includes information about both time and location. Early adopters are melding and analyzing their massive geospatial and time-series data in real-time to support new growth areas.

RTInsights recently sat down with Chad Meley, CMO at Kinetica, to talk about the explosion in this type of data, the challenges companies have analyzing the data, the benefits derived when properly harnessed, and how Kinetica can help. Here is a summary of our conversation:

RTInsights: Where is the wealth of real-time geospatial data coming from?

Meley: The fastest-growing kind of data this decade is real-time geospatial data. Specifically, we are talking about any data with an x and y coordinate that changes over time. The best way to think about it is as an evolution of traditional IoT data. The first IoT data came from sensors that took a reading like a temperature or vibration, of a thing like a wheel bearing or a cylinder, over time. That way, analysts could detect anomalies and make necessary adjustments. Nowadays, those sensors can broadcast their location as well. When the location is tagged to the data, it creates more value and use cases.

Real-time geospatial data is proliferating because prices have fallen dramatically on the technology that generates this data. The cost of location-enabled chips for cellular connectivity has steadily declined since 2017. The expansion of 5G networks is aiding in the collection of greater volumes of geospatial data. Bluetooth tags with integrated power-harvesting like Apple Air Tags are dropping in price.

Then couple that with the growth in imagery from satellites and closed-circuit cameras. Both capture videos in real-time that are inherently geospatial since objects in the imagery can be parsed out and plotted to a 2D or 3D map. The costs of launching satellites have fallen sharply over the past decade on a per-kilogram basis, meaning more data-collecting satellite launches over the coming years. Further, an estimated one billion surveillance cameras are in use worldwide, both in fixed locations such as a store or city street and in motion such as drone footage.

RTInsights: Why is there such great interest in real-time location-based analysis?

Meley: When I talk to people in the industry, you can sense the excitement and interest in real-time location intelligence. I think this is due to people seeing how disruptive and valuable this space is. It’s also kind of cool as a developer to work with real-time spatial and data because you can build apps that are fresh and beyond the typical dashboarding and batch recommendations we’ve grown accustomed to with the first generation of big data.

For example, yesterday, I gave a presentation to Merv Adrian at Gartner. Merv covers databases, Spark, NoSQL, and other adjacent technologies at Gartner, and he shows up on most lists of top influencers for data science and big data. During the presentation, I shared a recent example of how one of our clients in the electric vehicle space was solving a previously intractable problem using real-time vehicle location data with a variety of routing constraints. He stopped me and said something to the effect of how he gets vendor briefings all the time and that the use cases are essentially the same ones we’ve been going to as an industry for years. However, in this case, the client was using data in a way that was novel and driving the new economy forward.

So much focus for enterprises over the last five years has been on re-platforming for the cloud, which was absolutely needed, but now there’s an appetite to accelerate innovation through data analytics. The explosion of real-time location data and breakthroughs in technologies that allow organizations to scale the collection, analysis, and operationalization of this new form of data is a ripe area for innovation.

RTInsights: What are some of the challenges companies face when trying to carry out or support such analysis?

Meley: I see a lot of parallels to the challenges companies faced in dealing with “big data” at the turn of the previous decade. The era of big data marked a switch from managing and analyzing structured data from transaction systems to semi-structured data from web logs. How data was collected, transformed, and analyzed had to be rethought. There was a period early on when companies either used their old technologies and methods, which ultimately failed, or they did nothing, which incurred opportunity costs. The leaders that emerged were able to identify the appropriate new technologies and pioneer new sets of best practices to harness and extract value from this new form of data.

The same is true as we transition from web logs that capture interactions with the web to the next generation of IoT data that captures observations from sensors and cameras. The old technologies and methods once again must be reconsidered. For instance, the way in which joins between two spatial data sets must be done by calculating overlapping polygons will cripple a traditional data warehouse or data lake. Throw in a time series function on top of that, and chances are the query will never come back. Further, most high-value use cases come from making decisions in real-time. Data warehouses and data lakes simply weren’t designed to solve complex problems in a real-time latency profile.

RTInsights: How does Kinetica help?

Meley: Kinetica’s design center is fusing massive geospatial and time-series data sets together and processing complex spatio-temporal analytics in real-time. Many of our customers refer to their Kinetica implementation as the “speed layer.”  It fills a critical gap between traditional data warehouses and data lakes that are batch-oriented and optimized for transactions and log data and streaming tools like Kafka, Confluent, and Kinesis that are real-time but unable to run advanced analytics. Kinetica is available as-a-Service and everything from connecting to Kafka queues to invoking powerful spatial and time series functions is done through simple SQL, which translates into incredible time to value.

Kinetica’s origins were in tracking terrorists in 2009 for the NSA by fusing data from satellites and the full corpus of cell phones, emails, social media, and other sources. The original engineers of Kinetica had to develop a completely different approach to architecting a database to accomplish the mission objective using matrix calculations. Now that real-time spatial data is proliferating in commercial sectors, Kinetica is a proven and hardened database that is accelerating the adoption of real-time location intelligence.

RTInsights: What are some Kinetica customer real-time location-based use cases?

Meley: One of the world’s largest parcel delivery organizations uses Kinetica to track and trace shipments through their network and continuously re-optimizes the routes for on-time delivery while simultaneously reducing fuel costs.

Multiple government agencies use Kinetica to analyze objects in our airspace to detect risks and ensure our safety. A top auto-manufacture uses Kinetica in their connected car program to recommend optimal routes based on electric vehicle charging station stops.

A top healthcare provider is working towards monitoring client vitals, such as heart rate and stress levels, to make personalized wellness recommendations.

Several green energy start-ups use Kinetica to monitor and arbitrage electricity through smart meters. And a top insurance agency is now using Kinetica to combine real-time weather events with policyholder properties to take actions that mitigate potential losses and respond in supporting claims faster than the competition.

Real-time location data exist across multiple industries and is enabling all sorts of new high-impact outcomes.

END_OF_DOCUMENT_TOKEN_TO_BE_REPLACED

The Rise of Real-time Location Intelligence

Kinetica, the Database for Time and Space

Learn More About Kinetica's Database for Time and Space