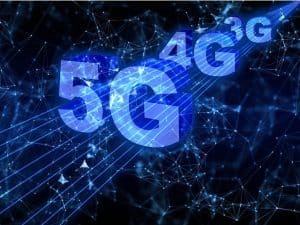 Globally, 5G remains the fastest-growing generation of wireless cellular technology ever, even as the world is gripped with a pandemic.

Global 5G connections have continued to grow, even with the COVID-19 pandemic and the U.S. ban on Huawei equipment, which has been adopted in many countries.

According to 5G Americas, there are over 63.6 million 5G connections globally, representing a 308 percent growth year-on-year. Commercial 5G networks are available in 82 countries, and that is expected to reach 206 by the end of 2020.

SEE ALSO: IoT Market to Surpass $1 Trillion in Value by 2026

In addition, there are over 100 5G-ready devices available on the market. This includes both smartphones and IoT devices, most of which have support for all three frequency bands: low, mid, and mmWave.

“Globally, 5G remains the fast-growing generation of wireless cellular technology ever, even as the world is gripped with a pandemic,” said Chris Pearson, president of 5GAmericas. “In North America, we are seeing consistent, strong uptake of new subscribers as new devices have been released.”

5G subscription growth has slowed in some regions as a result of COVID-19, according to Ericsson’s 2020 mobility report, but that has been outweighed by regions where adoption is accelerating. Ericsson may be in a spot to lead in Europe, with Huawei out of the way. It said 5G can play a significant role in restarting economies.

The rollout in certain European and North American countries is expected to be delayed, due to the Huawei ban. The UK has told carriers to remove Huawei equipment by 2027, France has said it must be removed by 2028, and Australia and Canada have already blocked Huawei from doing business.

Germany, the eighth largest country by smartphone users, is in a bind, as Deutsche Telekom and other carriers have used Huawei equipment for years. Having already deployed, they’re now in the difficult situation of having to uproot equipment and bring in either Ericsson or Nokia, at a higher price.

While COVID-19 may be the more immediate deterrent in some regions, it looks like the U.S.-China trade war will harm 5G deployment in the long term.