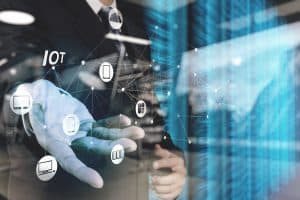 There are many circumstances where old information is circulating and could cause problems. The model helps address this issue.

Researchers at North Carolina State University have demonstrated a new model for the Internet of Things (IoT) networks, aimed at replacing inaccurate or out-of-date data at a faster rate.

The model, published in the IEEE/ACM Transactions on Networking journal, could also be used to combat misinformation on social media, according to the paper’s co-author and professor of engineering at NC State, Wenye Wang.

“There are many circumstances where old information is circulating and could cause problems, whether it’s old security data or a misleading rumor,” said Wang in an announcement. “Our work here includes a new model and related analysis of how new data can displace old data in these networks.”

Some IoT networks have nodes that update once every 24 hours, or longer, which leaves the operator in the dark to the current status of the machine. However, even if the node reports more frequently, the system may take time to update the network with the new information.

With this new model and guidance, a network would be more proactive in modifying data to current values. “Practically speaking, this could be used to ensure that an IoT network purges old data as quickly as possible and is operating with new, accurate data,” said Wang.

The spread of misinformation on social media is a problem all networks have faced, with YouTube and Facebook both receiving flack for poor responses to online hate and racism.

The current coronavirus pandemic is bringing this issue to the foreground once again, as Google, Facebook, and Twitter have all built tools to reduce health misinformation and racism.

“Ultimately, our work can be used to determine the best places to inject new data into a network so that the old data can be eliminated faster,” said Wang.