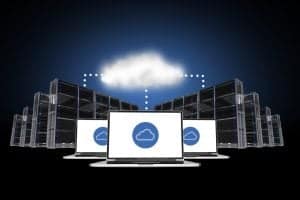 The specialization of many data center job fields may be slowing down the response time in crisis, especially in cases with poor team communication.

The complexity of modern data center and cloud computing services is staggering and was made apparent when Amazon Web Services went offline in December last year for several hours.

When asked why the outage had happened, AWS said there was a glitch in automated software that led to “unexpected behavior”, which then became a bottleneck and overwhelmed AWS.

According to experts, the explanation was lacking in details, which may be due to AWS not fully understanding the issue themselves. “They don’t explain what this unexpected behavior was and they didn’t know what it was. So they were guessing when trying to fix it, which is why it took so long,” said Corey Quinn, cloud economist at Duckbill Group, to Fortune.

If AWS, one the largest and most well staffed cloud computing companies in the world, is having problems identifying issues, this may signal that there is an endemic problem in the cloud data industry.

One of the potential problems is overspecialization, which is an issue in several IT departments. In too many cases, overspecialization leads to siloed teams and individuals, who are able to properly manage a small part of the organization, but struggle with anything outside their remit.

In the data center industry, Uptime Institute identified over 200 job roles which cover nine key competencies. There were 47 job roles for data center strategy positions, many of which overlap on some of the key responsibilities.

Alongside overspecialization, cloud computing organizations also have people with vastly different job descriptions and capabilities working on the same app or platform.

Like most tech disciplines, data centers are also short staffed due to a lack of skilled workers. According to the Uptime Institute, vacancies in data centers reached 2.06 million globally in 2021, and this is expected to reach 2.30 million by 2025.

Data center and cloud computing organizations may also struggle more to obtain and keep the top talent. Amazon, Microsoft and Google are aggressively hiring from the talent pool. “You’re seeing a talent war between these big players,” said Futurum analyst Dan Newman to Business Insider. “That means they’re having to pay premiums to get it, and that puts pressure on the business.”

Organizations can adequately manage this overspecialization by having teams communicate regularly with one another. The use of tools to monitor and manage app performance also reduces the chances of a major outage or issue.