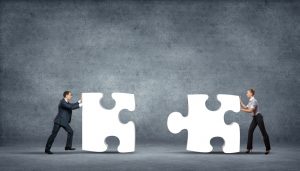 Ultimately, real-time data analytics projects are most successful when they feature partnerships between the technology and business sides.

There are plenty of sexy stories about the power and game-changing aspects of real-time data analytics. However, what doesn’t get reported enough is how to put together the right skills to make things happen.

I had the opportunity to moderate a webcast with John Mosch, senior manager of analytics, business intelligence, and data science at Cisco, and a veteran of many analytics team engagements. Mosch, who has built countless dashboards and predictive analytic engines for customers, pointed out that “analytics people are puzzle solvers. They like interesting and challenging puzzles.”

The process of solving such puzzles includes “talking to your executives about their challenges within the business, what questions are they trying to answer. You could look at your corporate strategy to figure out how to tie your efforts to strategic questions. You need to look at the metrics that the executives are looking at as well. What are the metrics that are important to the executives? Can you tie your efforts directly to those metrics?”

Data scientists and analysts are usually needed to assemble, model and interpret the data relevant to these discussions, and employ artificial intelligence or more basic analytics to solve the problems. However, data scientists and analysts cannot function without proper care and management of the data. That’s why data engineers are underrated, and yet crucial to the success of analytics efforts, Mosch points out. “Eighty to 90% of the data work required data engineers,” he says. “Unless you want to have the data scientists do it, and generally they don’t like doing it.”

The role of the data engineer is so important to real-time analytics that it should be the first hire to any data analytics team, Mosch advocated. “Who you hire first should not be a data scientist. The most important role the most important first hire is a data engineer. Without data, there’s nothing to do. All the initial work is going to be data work. These are the people who are going to make the data available and usable. They’re going to collect it and arrange it into a form that can be ultimately useful for analytics that ultimately is used by data scientists. A data scientist can’t find anything, can’t do anything until there’s a good set of data to work from. If the data engineer’s not doing it, your data scientist is going to get stuck with it, which is a misuse of their skill set. And they’re not necessarily going to know how to do ETLs, APIs, and data warehouses.”

Ultimately, real-time data analytics projects “are most successful when they’re a partnership between the technology side – either IT or engineering – and the business side,” he related. “Successful teams have people from the tech side as well as the business side, acting as one team. There’s no way to get around that and still be successful. You have to have strong technology expertise to support what you’re doing, as well as have strong business expertise to make sure that you’re answering the questions appropriately.”

Agile methodologies – in which developers and users work in sync – can also play a role here, he added.

One side doesn’t dominate over the other in projects, Mosch said. “You can lead from either side. There’s no rule that says it has to be led from the tech side or has to be led from the business side. However, whoever’s leading it has to be able to cross back and forth between those two into those two areas. And, ideally, it wouldn’t really be crossing back and forth you’d have one team set up.”