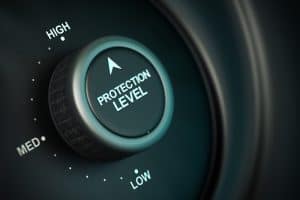 Tasks previously performed by the security staff, such as vulnerability scanning, log analysis, and ticket checking, can now be automatically executed by a CI-based platform.

The pace at which new cyberattacks are being generated and old attacks are being revised increases the pressure on already overworked and overstressed security operations (SecOps) teams. The numerous point detection solutions used to monitor for attacks typically generate so many alarms and alerts that SecOps teams have difficulty keeping up.

A Sumo Logic survey of 427 IT security professionals conducted by Dimension Research found that 83 percent of security operations teams say their security staff experiences “alert fatigue.” They cannot sort through the flood of alerts and prioritize issues based on severity. Nor can they see the big picture that would get to the root cause of a problem in the making.

What’s needed is a data-driven approach to security for modern times. Such an approach must take the streams of data from the various sensors and security point solutions and perform real-time analysis on that aggregate set of data to generate actionable insights. Just as businesses have continuous streams of operational data coming through, they need continuous intelligence to ensure security around those activities too.

Additionally, the way custom applications and systems are developed and deployed opens the door to potential security oversights. For example, many businesses have moved development to cloud-native, API- and microservices approaches. This helps speed the development and update of custom applications and services versus traditional, enterprise, monolithic apps. In many cases, these approaches are supported by DevOps practices that deliver high-velocity innovation cycles. These cycles can also be complemented with no-code/low-code development techniques that reuse components.

The cumulative result of these changes is that they can create many potential points of entry for harmful cyber attacks. Compounding this issue is the struggle to have accurate awareness in these environments at any given time because of their abstracted, ephemeral, and dynamic natures, making visibility difficult.   A vulnerability in any one small patch of code or element can be the entry point for an attack.

For example, the recent discovery of the vulnerability in Apache’s Log4j software library put this lack of transparency into perspective. According to the Computer & Infrastructure Security Agency (CISA), “Log4j is very broadly used in a variety of consumer and enterprise services, websites, and applications—as well as in operational technology products—to log security and performance information. An unauthenticated, remote actor could exploit this vulnerability to take control of an affected system.”

Many organizations had to scramble to see if any of their applications and underlying components used Log4j. But making matters worse, many kept using it despite the warning.

Specifically, the discovery and its potentially severe consequences were widely publicized in December. Virtually every mainstream news organization, broadcast, publication, and website had spots or articles saying this was the “most serious vulnerability” seen in decades, if ever. Even with that warning, by the second week of January, there had been millions of downloads of outdated, vulnerable Log4j versions despite the notification of its serious security hole in December.

As businesses move to the cloud and cloud-native development, new security threats have emerged, and complexity often grows. There are many interdependencies between connected elements that comprise an application, service, or business process.

At the same time, those responsible for protecting the company must sort through the complexities to provide secure operations. But that proves to be a daunting task. SecOps teams are bombarded with events and streaming data from a plethora of sensors, point solutions, and other tools, drowning them in a sea of instant alerts. Traditional approaches to security break down.

Security teams need more than a plethora of alerts — they need actionable, automated, real-time insights into the looming threats that matter. Increasingly, the way to accomplish that is by using tools such as a SiEM (security information and event management) solution or a SOAR (security orchestration, automation, and response) solution.

A cloud SIEM helps companies to reduce the volume of alerts they receive into the relevant threats that require action by speeding detection and investigation workflows. A cloud SOAR automates incident response by automating the incident response lifecycle, helping security analysts to be more efficient with their time. Such capabilities are increasingly important since there are so few security analysts available today. Continuous intelligence comes into play when these activities can occur from a single platform.

By automating processes, CI solutions free up analysts’ time thanks to the business logic in SiEM and SOAR solutions. That time can then be used for more strategic initiatives rather than spending it on repetitive, menial tasks. Specifically, tasks previously performed by the security staff, such as vulnerability scanning, log analysis, and ticket checking, can now be automatically executed by a CI-based platform.

In addition, artificial intelligence (AI) and machine learning can be applied to derive insights. To that end, CI-based security solutions are often used to elevate threats if human intervention is needed, make action recommendations, and automate responses. And they use continuous intelligence to derive real-time insights upon which a company can base its response to a threat.

One additional benefit of applying CI-based automation to security is that it can help nullify the negative effect of the skills gap, avoid burnout, and help address understaffing as positions go unfilled.

A platform that brings it all together

Sumo Logic offers a solution that is designed for modern security needs. The Sumo Logic Continuous Intelligence Platform helps companies of all sizes obtain real-time intelligence and insights from a single cloud-native platform. It can be used to automatically uncover indicators of early-stage threats arising from expanded attack surfaces and generates actionable insights security analysts can quickly investigate. The solution helps in multiple ways.

It helps consolidate tools with a single cloud-native platform that analyzes and correlates threats across diverse sources while also monitoring and troubleshooting logs, metrics, and traces.