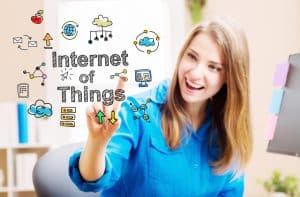 Applications will enable secure data transfer for sensors across the supply chain to establish the provenance and authenticity of goods.

They call it “the Tangle.” It’s a virtual mechanism for weaving all the devices, sensors, and systems into a distributed, yet accountable network that enables their tracking and exchanges of information in a secure fashion. It’s distributed ledger technology for the Internet of Things, minus the overhead and complications of blockchain.

That’s the vision put forth by the Eclipse Foundation and IOTA Foundation, which recently jointly launched the Tangle EE Working Group, staffed by members of companies committed to developing commercial open source IoT payments and secure data transfer technologies for the machine economy.

The IOTA protocol is a distributed ledger technology developed by the IOTA Foundation. The term “IOTA” itself is actually not an acronym, but rather a play on words, encompassing both the Internet of Things and “iota,” meaning an extremely small amount.

The Tangle “is the IoT version of blockchain,” says Christoph Strnadl, VP of innovation & architecture at Software AG and IOTA proponent. “The key differentiator is that it is optimized for the machine-to-machine economy, like collecting billions of endpoints, millions of devices, as opposed to bitcoin, which fails to scale when we have a few thousand nodes. More important than having a token to value is having an identity of the devices, and having the ability to send and execute messages. Because this is what links the devices to the IoT platform and to the providers and supply chain networks.”

While still in its early stages, manufacturers such as Jaguar are working with The Tangle to support functions such as in-wallets that can automatically pay tolls and parking fees, Strnadl says. Examples of applications will range from machine identities to automotive smart wallets to enabling secure data transfer for sensors across the supply chain to establish the provenance and authenticity of goods.

An important function supported within the Tangle is smart contracts, Strnadl adds. The service is intended to run across “a continuum of devices, a continuum of edge computing facilities,” he explains. “Then everything is able to participate — even if it’s just a very small sensor.” IOTA supports several levels of computation, he adds. “You can hook the sensors up to a node, and you can outsource information, you can outsource the running of smart contracts. Your device can ask another larger device for help in calculating those smart contracts. There no cheating because you have digital identities, and no messages are getting lost on the shop floor or in log files. This is all done because it’s all stored in the Tangle — the whole supply chain.”