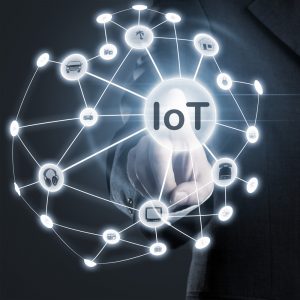 Vodafone Business’ 2020 IoT Spotlight report is focused on the impact IoT is having on businesses during the pandemic.

Vodafone has released its 2020 IoT Spotlight report, which focuses on the Internet of Things’ impact on businesses navigating the uncertain economic climate caused by COVID-19. The company surveyed 1,639 businesses globally to identify how each uses IoT and how the technology has helped them become future proof.

The pandemic forced many businesses to rethink their working practices. At times, companies have had very short lead times to adjust to shutdowns and workforce reductions.

Of those who responded to the survey:

The IoT hasn’t slowed down its value generation nor return on investment (ROI) for businesses that adopt the IoT.

IoT adopters worry about security. But only 18% of survey respondents indicated cyber security as a top roadblock to implementing IoT. In fact, 45% of businesses with well-established deployments saw improvements in competitiveness and brand differentiation.

“IoT has grown up. It’s no longer just about increasing return on investment or providing cost savings to businesses: it’s changing the way they think and operate. And it’s giving them an opportunity to re-design their operations and future-proof their business model. This research proves IoT is an essential technology for businesses that want to be resilient, more flexible, and quicker to adapt and react to change,” says Erik Brenneis, Internet of Things Director at Vodafone Business.

Based on the report’s findings, it’s safe to say that businesses which have adopted IoT believe that the advantages it offers far outweigh the challenges of its implementation.