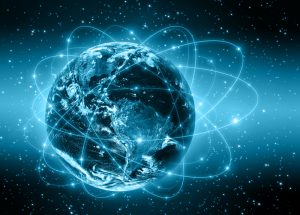 While still extremely fragmented, there are signs the market is concentrating around a few providers.

The ability to move into the Internet of Things and edge computing hinges on the availability of a vibrant market. However, the market is vibrant to the point in which it can be bewildering for corporate managers seeking the right technology to connect far-flung networks of devices, sensors, and systems. Two recent reports point to the health of the IoT market, one that is unlikely to be slowed down in today’s uncertain economic climate.

The market is still diverse with quite a few choices, which can be bewildering IoT Analytics, which tracks the market, now estimates there are at least 620 IoT platform companies on the open market, up from 450 IoT companies in 2017. Despite predictions to the contrary, “The market is not consolidating,” the report’s authors point out.

While still extremely fragmented, there are signs the market is concentrating around a few providers, the report’s authors point out: The top 10 providers had 58% market share in 2019, compared to 44% for the top 10 in 2016. “Cloud companies AWS and Microsoft stand out particularly. Both firms have added tremendous capabilities to their IoT platform offerings since 2017,” the report states. “Both companies rank very well in the list of top 10 IoT Platforms by revenue and they also dominate end-user satisfaction of IoT platforms.”

At the same time, there are several reasons why many of the small players continue to survive in a market with hundreds of competitors. some only serve five to ten profitable customers. “There are many niches in IoT,” the study’s authors state. “By focusing on specific use cases or industries, some firms bring a value proposition to customers that the larger more horizontal players cannot.” Also, they note. “it is easy to become an IoT platform company on paper. Several companies seem to have gone the route of doing a customized IoT software project with a customer and afterward standardizing the elements of that solution to market them as a platform.”

Manufacturing is the top industry served by IoT solution providers. Hald, 50%, of all profiled IoT platform companies now have a dedicated focus on manufacturing or industrial use. “Typical use cases of IoT Platforms in the manufacturing space include condition monitoring and predictive maintenance, general dashboards and visualizations, energy monitoring, and quality control.”

How do end-user companies view the vendors serving the IoT space? A separate survey of 1,976 companies by the Teknowlogy Group examined 32 top providers, noting that the industry is maturing, yet gaps still exist in the market. The highest ratings come in for solution-building vendors have achieved a high level of maturity and “have developed IoT platforms, blueprints, and best practices on a global level to realize client-specific solutions for different IoT use cases in an efficient way.”

Accenture and IBM are rated as vendors of choice for IoT implementation projects in the Americas, while HPE and Fujitsu are top-rated choices in the UK, and Capgemini is preferred France, Germany, Austria. and Switzerland.
CGI and Capgemini are two of the top vendors as regards customer satisfaction, mainly across Europe.