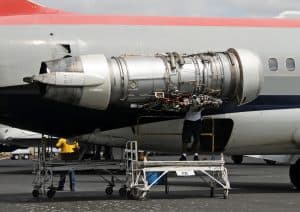 The secret to using predictive data is often finding clear, quick wins. And those wins may come in unexpected places rather than from the applications that are generating the most buzz and the most headlines in industry publications.

Airplane engines and predictive maintenance analytics seem like a match made in the heavens. The equipment that carries people around the world can be monitored and serviced for impending issues before they cause any consequences. If you run an airline, what’s not to like about that?

The surprising answer is, “More than you might imagine.”

If an airline must ground a plane, pull an engine, and service it, they foot the bill. But if the engine breaks down, it’s covered by the warranty, and the manufacturer picks up the tab. As much as predictive maintenance makes sense in a big-picture way, nuanced issues like contract terms can determine who is incented to use the technology today.

That’s one reason why predictive maintenance has not caught on in the industrial space to the degree it should have. The technology often isn’t deployed in a way that is aligned with the processes, contracts, and incentives of those who use the equipment. Maintenance is a cost center, so it’s difficult to derive value from putting in the time, cost, and work to reduce the risk of encountering a problem.

The technology is so powerful and useful that the processes and contracts will inevitably catch up. Until then, the analytics that power predictive maintenance can be used in several ways that provide a more immediate payoff.

Root Cause Analysis. Replacing a part in expensive machinery before it fails is useful. Understanding the root cause of why that part failed is a bigger opportunity with many implications. In a high cost of failure environment, using analytics to understand RCA is pure gold. Let’s say the engine fails, and the manufacturer repairs it under the warranty. The data that could have predicted and prevented the failure is still valuable. The manufacturer might learn, for example, that if a rubber component is replaced at the same time as the broken part, the incidence of future failures will be dramatically reduced.

Inventory Management. Even if the contract terms make it undesirable to service the equipment based on the likelihood of an impending failure, knowledge of that failure can be useful in other ways. Predictive device monitoring that provides early warning of a part failure can guide service organizations in when to order parts, allowing them to reduce spare inventory holdings and reduce rush orders.

Warranties. Ironically, while warranties can make the buyers of high-ticket items less interested in the safeguard of predictive maintenance, the historical data that feeds predictive maintenance programs can be used to enhance warranties. A maker of an HVAC unit or other equipment will typically build the warranty into the pricing equation – anticipating that offering a three-year warranty will cost, say, $1 million overall. That amount is baked into the price of the equipment.

Imagine a competitor changes the dynamic and offers 10-year warranties. Predictive maintenance analytics can identify the three components in a manufacturer’s product that are most likely to fail. If the manufacturer uses that knowledge to change the design, materials, or vendors to reduce the rate of failure, the savings might enable a longer, more competitive warranty to be offered.

RCA, inventory management, and warranties share a similar characteristic: They are actionable, and they provide a payoff that isn’t affected by current contracts or other impediments to achieving value. They are quicker wins, with less friction, that can build a company’s journey toward predictive maintenance.

Predictive maintenance has a strong future, but it has obstacles to its present. In the industrial space, unplanned downtime is often predicated on a small number of big events, meaning predictive maintenance systems sometimes don’t have enough data to refine their predictions and maximize their value.

When I worked at a company that produced vibration monitoring equipment, our customers would often focus the installation of the monitoring equipment on the high capital, long lead time assets. However, too few connected and correlated the vibration readings to the surrounding auxiliary equipment and the process information driving or being produced by those assets. I suggested collecting that information to enhance their predictive maintenance program and was told the extra cost and steps to assemble additional data sources would create friction that was not aligned with the operational metrics of the facility.

In the long run, I knew that the friction would pay off, and the problems of collecting the data would be repaid many times over with the insights received through the information. However, I lost that battle because people were focused on the more immediate payoff.

The value proposition of predictive maintenance is too large to ignore. As these issues are worked out, the processes and contracts will change. There is a small movement toward “machine as a service,” similar to the common approach of “software as a service.” Instead of pricing a solution as an annual solution, the cost is based on performance. Incentives can be aligned, so both the supplier and the customer have a vested interest in predicting issues and extending the life of the equipment.

For now, though, the secret to using predictive data is often finding clear, quick wins. And those wins may come in unexpected places rather than from the applications that are generating the most buzz and the most headlines in industry publications.

Kevin J Ahearn, Professional Engineer, is a Sales Executive for Hitachi Vantara's Transportation Practice. Working in Maintenance, Reliability and Business Transformation with a focus on Industrial and Transportation throughout his career, Kevin brings more than 31 years of experience in the areas of Machinery Diagnostics, Predictive Maintenance, Reliability Program Development and Product / Solution Sales. Kevin has practical Field Service expertise with virtually all PdM technologies that are coupled with an in-depth understanding of robust Reliability program structure, data requirements, and execution. He has over 15 years selling designing, implementing, and executing transformative IoT-driven, data-based solutions.