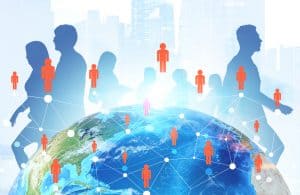 Ask a developer to name the top ten most exciting types of apps to build, and banking apps are not likely to be on the list. At this point, finance applications are a bread-and-butter affair: They’re critical for many companies, but they’re not usually flashy or technically sophisticated. But that’s changing thanks to the advent of open payments and open banking, which are transforming the way developers build finance apps. Here’s a look at what open banking means for developers.

That may not seem like an especially big deal. In most other corners of the IT ecosystem, sharing and integration are the norm. It has long been possible to link a calendar app to your email account, for instance, or to write a third-party app that integrates with a social media platform.

In the world of banking, however, integration is a relatively new phenomenon. Most banks have traditionally built apps that work only within their own ecosystems. Finance tools that could pull a consumer’s data from multiple institutions were few and far between, and their methods for collecting data were usually technically complicated. They relied on hacky approaches like scraping Web interfaces rather than neat integrations with an API.

From that perspective, it means developers can build more innovative finance apps for their customers by integrating directly with the financial institutions that serve those customers.

Open banking also simplifies the burden developers face in securing finance apps. Collecting financial data using an open API is generally a safer approach than trying to scrape it or use other hacks to get data from banks that don’t make it easy to share it securely.

Open banking also offers the advantage from a business perspective of making it easier to bridge the gap between legacy banks and fintech startups. Historically, the app ecosystems of the big, decades-old banks were not well integrated with those of newcomers to the finance industry. It helps to change this by allowing both groups of companies to work together through open APIs instead of simply competing with each other.

Getting started with open banking development

The first step in building a modern banking app is deciding which API to use. Open banking APIs fall into two main categories:

Once you’ve selected an API, building the rest of the open banking app is relatively straightforward. Depending on which language you are writing in, you may be able to simplify development by taking advantage of a framework that makes it easier to interact with the API — like API Manager in the case of the OBP API.

Developers can create much more interesting banking apps by taking advantage of open banking, which is breaking the tech ecosystems of individual banks out of their silos and enabling more integrated, smoother finance software.