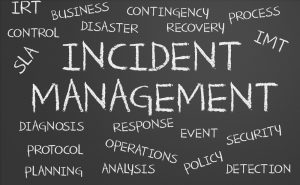 Machine learning programs are being utilized to analyze data from previous disasters and provide forecasts.

Natural disasters are increasing in quantity and size every year, but the response, in most cases, remains reactive rather than proactive. There’s a wealth of data about previous disasters, but finding patterns and possible faults requires a lot of manual work.

To alleviate the workload, machine learning programs are being utilized to analyze data from previous disasters and provide forecasts. In a story published in Scientific American, Seth Guikema, professor of engineering at the University of Michigan, reveals his team, alongside Ohio State University, have built a program to predict power outages from severe weather events for utilities to use.

SEE ALSO: Can Your Real-Time Infrastructure Cope with Disaster?

Other programs have been built to analyze Amazon forest fires from satellite images. In real-time, researchers are alerted to new fires and may be able to quickly identify if the fire was man-made or natural.

Machine learning can only go as far as the data allows it, as Guikema says: “For example, if data for an extremely large disaster is not part of the data set, machine-learning technologies likely cannot make accurate predictions for a comparable event in the future. Machine-learning predictions come with uncertainty that can be difficult for decision-makers to fully understand.”

Like most machine learning programs, Guikema sees it as more of a collaborative tool for experts to use, not as a replacement for humans. The program is able to provide insights that may speed up disaster response, but the final decision needs to be made by someone with on-the-ground experience of disasters.

In the U.S. alone this year, we have seen major floods in the Midwest, displacing thousands of people and causing millions of dollars in property damage. In California, there have been over 5,900 wildfires reported this year alone, costing the state $163 million to suppress. Several hurricanes and tornadoes have also been reported as ‘billion-dollar weather and climate disasters’ this year by CBNC.