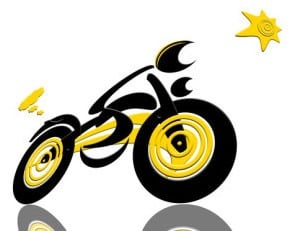 While autonomous motorcycles aren’t keeping pace with self-driving automobiles, automating parts of the motorcycle will make them safer and has applications in other industries.

It seems ridiculous to even suggest a self-driving motorcycle. If you are in an autonomous car then you are free to watch videos or write reports. Trying the same on a motorcycle is difficult at best, dangerous at worst.

Although autonomous motorcycle technology may not allow motorcyclists to juggle on the go, they can make them safer and may have applications outside the vehicle market. 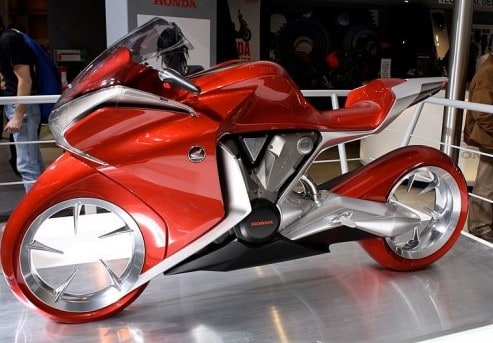 According to the National Highway Traffic Safety Administration, in 2015 about 5,000 people in America died in a motorcycle crash and 88,000 were injured. The fatality rate of a motorcyclist in America was six times that of a car passenger. Automation can reduce rider errors and may alert other drivers to the presence of the motorcycle.

Currently, both traditional and automated cars have trouble seeing motorcycles on the road. Last year in Norway, a Tesla car that was in autopilot mode badly injured a motorcyclist. Far less disastrously, an Arizonan Tesla collided with a motorcycle last March. Fortunately, the motorcyclist saw it coming so he hopped off his bike beforehand. Automation could allow motorcycles to send signals to tell other vehicles of their presence to avoid unnecessary collisions.

Automating motorcycles is different than cars

We must understand that automating the motorcycle will not be the same as automating the car. The Light Detection and Ranging technology (LIDAR), a surveying method used to measure the distance between vehicle and other objects and is now seen as a key part of autonomous cars, costs about $75,000. This is much more expensive than most motorcycles. The price and the size of the device have to change before autonomous motorcycles become practical.

While autonomous motorcycles are behind their automobile brethren, companies still see value in automating parts of the motorcycle. Many motorcycles already come with adaptive cruise control, according to market research company Technavio, and their number will only increase. Honda is developing a self-balancing motorcycle that uses steering inputs to keep the bike balanced, even when the motorcyclist has to stop at a stop sign or suddenly slow down.

[ Related: Accident Avoidance: Can IoT Make You a Safer Driver? ]

BMW wants to make its own mark on the industry by creating a motorcycle with autonomous characteristics called the BMW VISION NEXT 100. They claim the motorcycle will be so safe that its rider will not have to wear a helmet. Instead, the rider is expected to wear “data glasses” that signal to the rider important information such as traffic information, acts as a rearview mirror, and functions as part of the user interface. The rider controls the vehicle by pointing (see demonstration below).

Another interesting experiment is the humanoid robot known as the “Motobot,” which is being developed by Yamaha Motors and the U.S. research firm SRI International. This robot is designed to ride a motorcycle that can drive around a race course faster than the Italian motorcyclist Valentino Rossi. So far the robot has been capable of driving at 62 miles/hour (100 km/h), and has a long way to go. It is unclear why the Motobot needs to be humanoid or why its function is not integrated into the motorcycle.

Autonomous motorcycles is not just a game to the companies. SRI wants to make sure this robot addresses questions such as autonomous vehicle control and cyber security, which will be important to all connected vehicles. Alongside the LIDAR, most of these technologies will not be available to the average motorcyclist for some time. 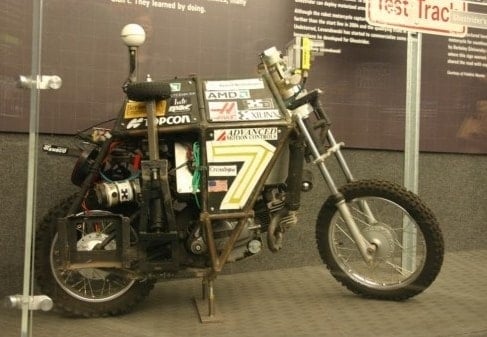 The Ghostrider, an autonomous motorcycle developed by University of California, Berkeley students for a DARPA competition (Photo by Ryan Somma on Flickr.)

Parts of motorcycle automation are currently expensive and the concept may still seem ridiculous to some, but the idea that the motorcycle can be automated is no longer science fiction. In 2004 students from the University of California, Berkeley entered the “Ghostrider” into a Defense Advanced Research Projects Agency (DARPA) competition to help the U.S. military develop autonomous land-based vehicles. 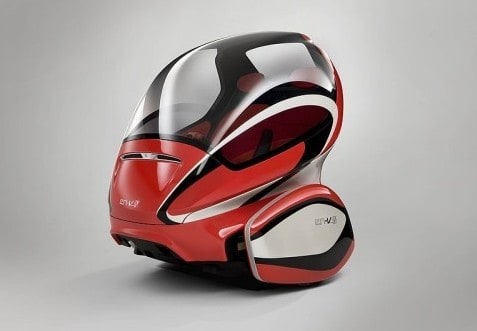 While the military was interested in driverless vehicles, autonomous motorcycle technology can also be used to improve balancing technology and help people in wheelchairs. They could lead to hybrid versions of cars and motorcycles. General Motors exhibited one possible concept of a vehicle in-between the car and the bike known as the EN-V Pride, and it will be interesting to see what markets the automation of motorcycles could open.