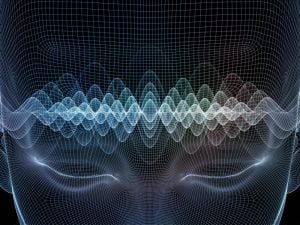 Speech recognition software has come a long way since the launch of Siri, but most commercial services still suffer from accuracy issues, especially with non-English speaking users.

While the artificial intelligence at work behind the scenes should be able to parse different languages with ease, there are large variations in languages across the world. The problem related to speech recognition system becomes challenging if vocabularies are having too many similar-sounding words,” the researchers wrote in the paper.

In an attempt to fix this, researchers at Mahatma Gandhi Mission’s College of Engineering & Technology and the Jaypee Institute of Information Technology have published a paper which details an artificial neural network (ANN) that utilizes an opposition artificial bee colony (OABC).

“In this work, the default structure of ANNs is redesigned using the Levenberg-Marquardt algorithm to retrieve an optimal prediction rate with accuracy,” the researchers wrote in their paper. “The hidden layers and neurons of the hidden layers are further optimized using the opposition artificial bee colony optimization technique.”

The OABC, like the name suggests, is an algorithm based off a honeybee’s behavior. Combined with opposition-based learning, it creates a method useful for solving optimization issues in complex functions, like speech recognition.

To find out if the algorithm worked, the research team provided it with a database of audio clips. They used the same database with conventional speech recognition tools and found that the new method surpassed them all on accuracy scores.

“The sensitivity, specificity, and accuracy of the proposed method are 90.41 percent, 99.66 percent, and 99.36 percent, respectively, which is better than all the existing methods,” the researchers wrote in their paper.