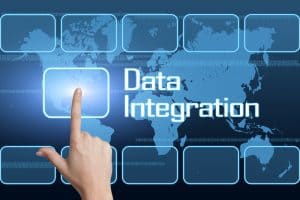 Public sector organizations, which often have a larger remit than most private businesses, need data integration to streamline services.

Data integration is considered by many businesses to be a key commercial advantage, by streamlining data intake and analyzation. For public sector organizations, which are often far larger in scope and less funded, the importance of data integration is even more critical.

The implementation of a single overview for public organizations could vastly improve the delivery of services to the public, by providing project leaders with actionable insights and eliminating a lot of data black holes that are caused by poor data warehousing and the use of legacy systems.

SEE ALSO: Why Data Integration is the Rodney Dangerfield of BI

In Helsinki, Finland, IBM worked with the Helsinki Regional Transport Authority (HSL) and Finnish IT software company TietoEVRY to upgrade the region’s ticketing and information system.

Through the use of IBM Cloud Pak for Integration, HSL was able to keep its existing system while allowing it to integrate data from the ticketing system directly to other technologies, without the need for any code.

In this case, there is a clear interest in having one unified platform, so HSL can provide transport to a higher volume of commuters while also recognizing areas of improvement, such as increasing the capacity of a station or adding a new line for commuters that aren’t being reached.

With data integration, applications can be built at a faster rate to support these new ventures.

The ability to expand and pivot quickly is a key reason for data integration, and was with IBM and Tabadul’s partnership. A lead technology firm working on Saudi Arabia’s 2030 Vision, Tabadul is responsible for the digital transformation of Saudi Arabia’s logistics business, as it aims to become a logistical hub for the Middle East.

To reach that goal, Tabadul worked with IBM and Saudi Business Machines (SBM) to build a microservices architecture which would be infinitely scalable to meet the needs of a burgeoning new economy.

“In our business, we are dealing with government agencies, companies and other external parties, so we need a robust integration layer that can handle a huge number of transactions,” said Solutions Manager at Tabadul, Jehad Alsuwaid.

For new enterprises and initiatives, there is more likely to be a technology-led approach. However, managers of infrastructure that have had the same inspection and maintainence routine for decades rarely see the opportunities of a digital transformation.

In Autostrade per l’Italia case, maintenance of the roads had become somewhat digitized, but a lot of the data was siloed in applications that did not talk to each other. That’s why it partnered with MOVYON and IBM to create a digital asset management solution that provided comprehensive tools for the 3,000km of highways, 1,900 bridges and 574 tunnels it is tasked with maintaining.

The platform provides engineers with real-time IoT and drone data, which can then be used to more efficiently schedule inspections. 3D models of bridges and tunnels give engineers an advanced overview of the infrastructure, with real-time suggestions from AI analytics planned in the future.