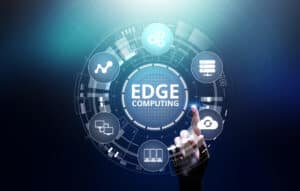 Lower latency services such as IoT, 5G, and video streaming are behind much of the edge data center market’s growth.

The edge data center market is expected to double over the next five years, according to a recent study released by ResearchandMarkets. The compound annual rate of 17% will push the overall size of the market above $18 billion.

Lower latency services such as IoT, 5G, and video streaming are behind much of the market’s growth. Edge computing reduces the latency by lowering the time it takes for processing. Though public clouds are also gaining in popularity, they aren’t as suitable as edge services for these types of applications.

This is expected to increase the number of small-scale data services specializing in edge computing. It puts processing much closer to the user and makes delivering these low latency services far more efficient. An edge data center can help meet such requirements.

5G, in particular, has increased demand for IoT devices, better processing for robotics, and even better video streaming for consumer and company use. The market will grow based on these new business applications and potentially reshape the way we think of data centers.

The United States is expected to make up the largest share of this growing market. In addition, Asia-Pacific will also experience strong participation in the market. Thanks to established startup cultures, big market players, and more disposable income in consumers who take part in these edge computing tasks, both areas will experience the most significant market share. The fastest-growing market segments will include Canada, China, and Japan.

Other applications expected to influence market movements include the application of IoT in different industrial use cases and smart city initiatives. As more cities participate in rebuilding according to smart city principles, they’ll need better access to edge data centers to reduce the cost and power of processing loads. In addition, AI and machine learning applications are expected to drive part of market growth as well.