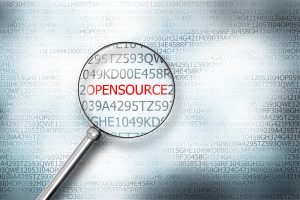 The rise of open source at the edge is happening by necessity, as no two edge networks and device clusters are alike, requiring high degrees of customization

Next time you run data analytics or use a mobile app, thank an open-source community. No other force has opened up innovation and accessibility in computing as much as the open-source movement. Open-source systems make the world’s cloud providers, corporate data centers, social media platforms, and mobile apps. Now, open source is opening the next frontier in technology – edge computing.

Crack open a typical edge computing device, and chances are you will find Linux or another open-source system inside. The rise of open source at the edge is happening by necessity, as no two edge networks and device clusters are alike, requiring high degrees of customization. At the same time, the open-source world is helping to establish measures of uniformity that will help integrate the many reaches of this often chaotic market.  Since edge devices come in all forms and serve all sorts of functions, there is no standard model or platform. As a result, open source will play a critical role in supporting and powering edge devices.

There’s no doubt the center of gravity of computing is no longer in the center and is moving out to the edges. A recent analysis by The Linux Foundation frames edge as “The Third Act of the Internet.” It estimates that more than $700 billion in cumulative CAPEX will be spent within the next decade on edge IT infrastructure and data center facilities.

The devices we see at the edge are growing more powerful in their own right.  This is being driven by the need to keep processing as close to data sources as possible – to gain speed and lower latency. Edge means speed, and speed is a necessity in today’s highly networked world. “Businesses need flexibility in terms of where they place their workloads, and if their strategy changes, [they need] consistency of operations – for both ITOps and developers, so as to enable them to react quickly and with minimal disruption,” the report’s authors states.

This represents “The third act of the internet,” as explained by the Linux Foundation authors. This is where the problems with our current infrastructure and the challenges that come with supporting applications, which are hampered by centralized computing models. “To meet the current and future needs of a diverse set of users, from consumer to commercial to connected public safety and other life-critical use cases, our model for deploying infrastructure needs to go beyond regional deployment and operation, and also be deployed more locally,” the report states. Part of this initiative will see “vast numbers of edge data centers will be deployed in diverse locations – prime candidates for open source.

While open source is prevalent across many technology areas, edge computing is now the leading area. Edge computing is also critical to the hybrid cloud model, which also relies on open-source support. The reason: Edge computing spans different types of infrastructure from the network edge to the data center core.

There are emerging open source communities and projects that seek to bring enhanced capabilities to the edge space. Open-source edge communities include the LF Edge foundation, an umbrella organization that aims to establish an open, interoperable framework for edge computing.

Some other efforts that address open source and edge include:

FIWARE, which is a curated framework of open-source platform components to accelerate the development of smart solutions, including the IoT.

IoFog, managed within the Eclipse Foundation, enables the development of edge computing applications through microservice at the edge.

KubeEdge is a system for extending native containerized application orchestration capabilities to hosts at Edge, built upon Kubernetes, and provides fundamental infrastructure support for application deployment and metadata synchronization between cloud and edge.