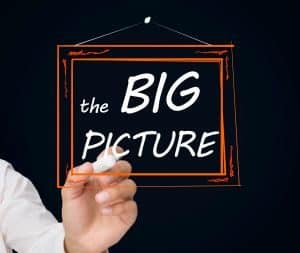 Advances in AI and augmented analytics mean that enterprise teams can put their data into context more effectively.

There’s a challenge that has frustrated business leaders and data professionals pretty much since before big data was a buzzword. It’s a lack of context in analytics.

See if this use case sounds familiar. A business leader originally asked for an analysis of why regional sales were slipping, and a data analyst worked hard for a couple months building a model, pulling data, and developing a report for the business side.

When the results came back the results were disappointingly single-dimension, never confirming the real “why” behind that sales slowdown. The report may have identifying slippage for a particular product line, or maybe a specific sales team. But not both.

What was missing was context. There was no way to detect the real, underlying causes for the slippage. Was it a personnel, compensation, or turnover issue? Was it actually a supply chain problem? Could it have been a new competitor? Or, was it something like a price increase? Was it all of those? Those questions would be natural follow-ups to any sales analysis.

But without a deep view into the varied potential causes, the business leader and the data professional often walked away blaming each other for wasting time and resources.

To find the context mentioned above, some enterprises today are turning to AI. They report success thanks to AI’s ability to detect relationships and dependencies among myriad departments, applications, and processes. The existence of those relationships shows up in new data types not listed in spreadsheets or traditional databases, and certainly not in corporate organizational charts.

“AI is making it possible for analytics to automatically incorporate and process important context from a broad array of sources — many of which would have previously required analysts to navigate silos and poorly maintained catalogues,” they wrote.

They added, “The innovations rely on AI and automation, connections across existing information systems, and role-based assumptions about what decisions will be made on data and analytics. In the end, they can prepare insights and recommendations that can be delivered directly to decision makers without requiring an analyst to prepare them in advance.”

Finding the right data for an analytics project has too often been a manual exercise, according to Davenport and Fitts.

They wrote, “This required extensive knowledge of what data was appropriate for your analysis and where it could be found, and many analysts lacked knowledge of the broader context. However, analytics and even AI applications can increasingly provide context. And these capabilities are now regularly included by key vendors in their transactional systems offerings, such as enterprise resource planning (ERP) and customer relationship management (CRM).”

This ability to add context relies in part to automation through AI using “smart data discovery” and augmented analytics.

In 2017 Gartner defined augmented analytics as “the use of enabling technologies such as machine learning and AI to assist with data preparation, insight generation, and insight explanation to augment how people explore and analyze data in analytics and BI platforms.”

Futurist Bernard Marr adds, “Augmented analytics describes the process where data is automatically taken from raw data sources, scrubbed and analyzed in an unbiased manner, and communicated in a report using natural language processing that humans can understand.”

Davenport and Fitts cited an example of how this new approach to analytics has been implemented by a large insurance company. They said a new human capital system “included human resource KPIs, best practice benchmarks, and the capability to monitor HR trends such as diversity and attrition levels. A new enterprise reporting tool with these capabilities was introduced throughout the company in only eight weeks.”

This evolution of AI and analytics seems to pave the way for a new generation of citizen data scientists.

If that latter term sounds familiar it’s because the concept of giving non-tech business pros advanced analytics capabilities has been kicking around for five years.

In that time citizen data science has met resistance from some analytics pros who don’t trust business users with their tools, even if the business users have gone through mid-career training in data science. The original concept also was unlikely to scale across an enterprise with thousands of applications.

But this new version of citizen data science seems to take advantage of the “new data types” that Davenport discusses. The heavy lifting of discovering and utilizing the relationships among departments, processes, and data types promises to be done in large part by AI models. Those models would still be built by data scientists. The “citizens” could then do what they do best, ask business questions that AI might be better at answering.