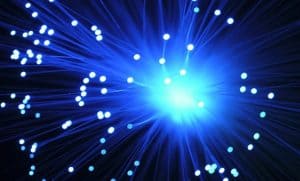 Organizations don’t invest enough in organizational preparation, and don’t do enough to address bad data going into the system.

What’s the future of data science in our enterprises?

Data scientists came on the scene showing great promise, and their roles were even called the “sexiest job of the 21st Century.” But alas, even with such sexy jobs, companies are still struggling to put their data assets into action. Often, data initiatives start with early success and pilot projects, but then die on the vine. “Progress depends on a single leader, and it slows dramatically or reverses when that individual departs the company,” according to Thomas Redman and Thomas Davenport, writing in MIT Sloan Management Review.

Companies “are not seizing the strategic potential in their data,” they add. “We’d estimate that less than 5% of companies use their data and data science to gain an effective competitive edge.” At issue, they point out, is the fact that organizations don’t invest enough in organizational preparation, and don’t do enough to address bad data going into the system.

Redman and Davenport provide three ways to bolster the role of data science in enterprises:

Stop wasting effort on data quality: Change your approach from a buyer-beware mentality, “where everyone is left on their own to deal with bad data, to creating data correctly — at the source,” they urge. “This works because finding and eliminating a single root cause can prevent thousands of future errors and eliminate the need to correct them downstream. The cost of poor data is on the order of 20% of revenue, and much of that expense can be eliminated permanently.”

Go on offense: While AI algorithms themselves seem to be getting enough funding, they are hampered by a lack of attention to building processes, training people, addressing fear of change, and adapting the culture. “A good rule of thumb is that you should estimate that for every $1 you spend developing an algorithm, you must spend $100 to deploy and support it.”

Make bold moves: “Start thinking about the longer-term roles data will play in your company. Some data — such as proprietary data, data needed to run the company, and data associated with other key assets — is so important that it should be treated as an asset in its own right.”