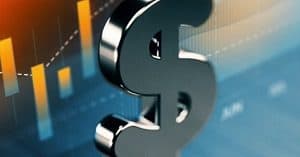 Observability for DevOps and IT operations allows teams to focus on developing better services with superior customer experience.

Business focus on IT cost control is often seen as a motivational driver of spending decisions, but cost is just a metric illustrating “what happened” instead of what will happen in the future. The way to reduce IT costs is to act on the metric measured. Focusing on cost reduction as a standalone goal is short-sighted and risks missing the true aim of creating better services with superior customer experience.

It is a truism to say that most decisions in business are driven by financial concerns. The value of the business is determined by that margin between the cost of doing business and the value that customers will pay. In turn, businesses invest to improve that margin while serving more customers better, offering them new services, and doing so sustainably.

Decisions about spending for IT, DevOps and related activities are no different. Despite the high-profile function, investments in IT must satisfy the same cost/benefit calculations as in every other aspect of the business.

As an IT leader in the early stages of discussing a potential observability project, it’s important to understand what the person sitting across the table is actually trying to achieve. Ask why they are planning to deploy observability and the first answer is often about reducing cost – specifically, the cost of operating IT services.

Is IT cost reduction the prime objective?

So, cost reduction is a valid goal. By making IT cheaper, we can do more of it and do it better. We can give end users and the business more of what they need. However, there are alternative ways to articulate our primary objective, and these approaches have radically different outcomes.

A few examples of common observability drivers include avoiding critical IT incidents, keeping apps and services humming, and supporting business growth. Let’s take a closer look at each of these drivers and how they relate to cost.

A modern business is utterly reliant on IT, so any disruption to IT services will also have a huge negative impact on the business. Try seeing how much work gets done or how much e-commerce is conducted when the power is out or the internet is down! The direct costs of a major IT incident can be massive.

Attempts to project overall impact from IT incidents will likely be conservative without also quantifying the long-term brand impact. People often prove unwilling to become or remain customers of a brand or business that they perceive as unreliable.

Thus, avoiding even one major incident can therefore pay dividends and justify the cost of implanting an observability solution.

The ongoing cost of IT operations for a large enterprise is a major line item in the budget. Ever since the adoption of business computing, there has been a drive to standardize and automate IT workflows to reduce operational costs.

How often have you heard justifications for past automation initiatives like these?

“It takes a long time to install a physical server from scratch, so let’s figure out a way to boot from the network instead, pulling standardized images from a central location.”

“Say, what if we virtualized the entire server and spun it up only when the application needs it?”

“Even better, let’s architect applications to be as independent from the underlying compute infrastructure as possible.”

Despite automation efforts like these, most organizations still have rooms of people staring at screens, watching for an indicator to turn red or a system to do something anomalous. There is a real and significant cost to keeping all those people, computers, networks and virtual infrastructure on tap for managing operations. CFOs consider reducing these associated costs a big win for the budget, but only if automation brings operating efficiencies without causing any IT incidents.

In this example, cost is a critically important metric for measuring the achievement of operational objectives, but cost reduction is not the primary goal. The true objective is to keep business processes operating reliably at peak performance.

DevOps addresses this balance effectively. Bringing the discipline of proven manufacturing methodologies to IT, it also has a positive side-effect that yields its own cost savings. Automation not only reduces risk, but also reduces workload for operations, which frees them up to do more automation, creating a virtuous cycle.

IT teams always seem ready to fight the last war. We are forever prepared to prevent a recurrence of the last incident. What teams are not always so well prepared for is business change. For example, the marketing department launches a new advertising campaign that triggers 50 percent more website traffic – but oops, they forgot to tell IT of the pending demand spike. That sort of event can be a minor annoyance or a complete catastrophe, depending on how prepared the IT team and its systems are for unforeseen curveballs.

Cost reduction is the main driver for precisely none of the three observability scenarios just described. The actual objectives for those scenarios are improving stability, efficiency, and agility of business applications and services. Cost is a critically important metric that measures the achievement of these objectives — but is not the goal in and of itself.

However, some goals are going to be difficult to quantify. Others may lead to short-term decisions that do not adequately consider the long-term results and impacts. For these reasons, it is important to keep the relevance of cost in perspective of operational requirements.

Cost is a good way to measure the size and success of an observability project, but it’s only one metric. The core value of observability is achievement of business needs for stability, efficiency, and agility. How good it is that observability can bring those achievements while simultaneously reducing cost of operations!