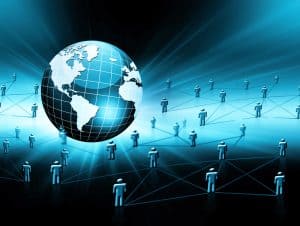 FinServs can address latency issues by putting data closer to the application or customer. In this way, data is served faster.

Every business is concerned with the performance of data-rich applications. But most efforts focus mainly on one aspect of performance. They look to accelerate computational speed. But a different aspect plays a major role in the applications run by Financial Services Institutions (FinServs). That factor is latency.

Compared to other businesses, a small delay in a data exchange or an outage can incur extreme financial consequences. For instance, with High Frequency Trading (HFT) applications that make millions of decisions in fractions of a second, receiving data even a single millisecond faster than a competitor’s systems can equate to a distinct advantage and generate significant profits. Most other businesses do not have such demands.

The scourge of latency

The importance of reduced latency can easily be put into perspective when one considers the extremes FinServs go through to reduce it. For example, in 2014, Spread Networks, which has since been acquired by Zayo Group Holdings, tunneled through the Allegheny Mountains of Pennsylvania to install a fiber-optic cable that would shave three milliseconds off communication time between the futures markets of Chicago and the stock markets of New York. The estimated cost of the project was in the hundreds of millions of dollars range. Not to be outdone, several companies have since entered the market, offering air-based transmission to cut the transmission time further.

Traditionally, the main driver to reduce latency was to speed transactions, which leads to increased revenues and helps in meeting customer expectations. But now, two other significant latency aspects come into play with FinServ applications. They include:

High-speed transmission links are one way to reduce latency in FinServ distributed applications. But in most cases, companies do not have the luxury of boring through mountains and installing their own dedicated transmission lines.

Most data exchanges between elements of a distributed application run over public networks. As a result, regional, and more importantly, global distribution of customers and internal data users presents latency challenges as they expect instant, real-time access and interaction in the sub 100ms range.

Latency issues are typically addressed using fast links and high-performance switches and routers. However, even with the optimal infrastructure in place, latency remains a problem when elements of a distributed application are separated by great distances. The reason: the fastest a signal can travel between two points is limited by the speed of light. A distributed application with elements in, say, the U.S. and India would experience a millisecond or more round-trip delay compared to the same elements operating in the same location.

FinServs can address latency issues by putting data closer to the application or customer. In this way, data is served faster. What’s needed to reduce latency is to use a distributed architecture that also supports geo-partitioning of data, keeping data close to its applications and users.

Killing two birds with one stone

Besides reducing latency and speeding analysis, putting (or retaining) data closer to the application or customer can serve another very important purpose. It can help manage regulatory requirements for the privacy and protection of data.

The number of countries with data protection laws is constantly growing. At the start of 2020, more than 120 countries had put legislation in place to protect data and privacy. They range from state-wide mandates like the California Consumer Privacy Act of 2018 (CCPA), which gives consumers more control over the personal information that businesses collect about them, to more expansive and impactful mandates such as the European Union’s General Data Protection Regulation (GDPR).

The General Data Protection Regulation (GDPR) applies to the processing of personal data. Processing covers a wide range of operations performed on personal data, including by manual or automated means, according to the European Commission. It includes collecting, recording, organization, structuring, storage, adaptation or alteration, retrieval, consultation, use, disclosure by transmission, dissemination or otherwise making available, alignment or combination, restriction, erasure, or destruction of personal data.

What’s needed to reduce latency and address data protection and privacy regulations is a distributed architecture database that also supports geo-partitioning of data. An excellent example of this is CockroachDB from Cockroach Labs. CockroachDB has geo-partitioning features that keep data close to the customer even when they are moving/traveling, which is relevant for payment applications. Geo-partitioning also keeps data close to the data scientist using the data. Developers can designate where data should be stored at the database, table, and row-level for low-latency reads and writes and regulatory compliance.

Read the first article in this series: How Cloud Migration Can Help Banks Be the Google of FinServe.

Learn more about how FinTech companies can more easily migrate critical applications to the cloud while maintaining performance, responsiveness, reliability, and more. Download the eBook now.

END_OF_DOCUMENT_TOKEN_TO_BE_REPLACED

How Bose Built Databases on Demand with Kubernetes and CockroachDB

The True Cost of a Cloud Database

Kubernetes and the Enterprise

How to Select a Database Infrastructure for Modern Global Retail Operations

Don’t Sell Your Soul to Amazon: Cloud Applications and Architectures for Retail

When it Comes to Data in Retail: View Centrally, Manage Locally
Finance

How Cloud Migration Can Help Banks Be the Google of FinServe