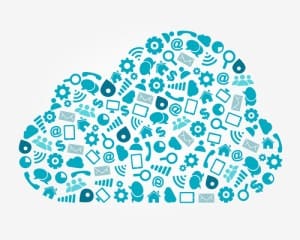 C3 IoT announced on Tuesday a new strategic partnership with Google Cloud Platform (GCP), aimed at accelerating digital transformation through the use of artificial intelligence (AI) and the Internet of Things (IoT).

As part of the announcement, C3 IoT confirmed its IoT platform has been integrated into GCP, leveraging the cloud platform’s infrastructure and AI capabilities. The businesses will work together on marketing, selling, and training initiatives.

“The Google Cloud and C3 IoT partnership creates a solution that dramatically speeds up our customers’ digital transformations to allow them to attain new levels of operational efficiency, productivity, and competitive advantage,” said Ed Abbo, C3 IoT President and CTO. “Together, we are delivering on a powerful vision for AI-driven digital transformation at the world’s leading organizations.”

C3 IoT was ranked as a leader in Forrester’s Industrial Internet of Things (IIoT) software platform report, surpassing several major companies. Forrester said the startup’s strategy and platform offering were both excellent, and C3 IoT has received praise from other institutions when compared to larger businesses.

“We’re excited to bring the intelligence of Google Cloud to IoT through our work with partners like C3 IoT,” said Nan Boden, Head of Global Technology Partnerships at Google Cloud. “Bringing advanced AI and machine learning capabilities to IoT can unlock powerful insights for customers. C3 IoT’s expertise in industries like manufacturing, retail, financial services and more will be a tremendous asset to help customers do just that.”

C3 IoT recently announced a similar strategic partnership with Microsoft Azure, aimed at AI and IoT acceleration. The startup is clearly not playing favorites, instead focusing on involvement from the three major cloud platforms, Amazon Web Services, Azure, and GCP.