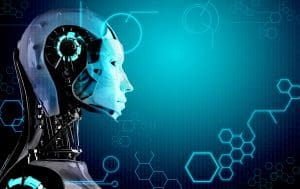 Corporate AI offerings must be as robust and feature rich as the consumer AI services workers use at home. Otherwise, users will not embrace them.

The consumer embracement of artificial intelligence (AI) bodes well for its acceptance in business settings. However, if the introduction of other technologies is any example, it may set unrealistic expectations and open companies to risks.

Why? AI is becoming pervasive in consumer applications and devices. Like the adoption of other technologies in the past such as web email accounts, file-sharing services, and instant messaging (IM) that started as consumer apps, people using AI at home will become familiar with its capabilities and see the benefits. They then want the same ease of use and advantages in the office.

If this week’s Consumer Electronics Show (CES) in Las Vegas is any indication, AI for consumers is and will be pervasive. The show featured a plethora of products and services for smart homes, cars, cities, and more. A few examples (out of hundreds of introductions) that caught my eye, include:

LG’s new washing machine not only detects the volume and weight of each unique laundry load but also uses AI and advanced sensors to identify fabric types in each load. Using deep learning technology, the washer then compares this information against more than 20 thousand data points related to washer usage to program the optimal wash cycle setting for the best results, improving cleaning performance and extending the life of garments by 15 percent.

Smart sun-blocking visor: The Virtual Visor from Bosch that replaces the traditional vehicle sun visor. The Virtual Visor links an LCD panel with a driver or occupant-monitoring camera to track the sun’s casted shadow on the driver’s face. The system uses artificial intelligence to locate the driver within the image from the driver-facing camera. It also uses AI to determine where the driver’s eyes, nose, and mouth are located to identify shadows on the face. The algorithm analyzes the driver’s view, darkening only the section of the display through which light hits the driver’s eyes. The rest of the display remains transparent, no longer obscuring a large section of the driver’s field of vision.

Smart city testbed: Toyota announced plans to build a 2,000-person smart city to serve as a living laboratory to test autonomous vehicles, smart technology, and robot-assisted living. Woven City will be a fully connected ecosystem powered by hydrogen fuel cells. The “living laboratory” (as Toyota calls it) will include full-time residents and researchers who will test and develop technologies such as autonomy, robotics, personal mobility, and smart homes, in a real-world environment.

Virtual/artificial humans: The Samsung Technology and Advanced Research Labs (STAR Labs) introduced Neon, which the company describes as a computationally created virtual being that looks and behaves like a real human, with the ability to show emotions and intelligence. Instead, they are intended for conversations. They accomplish this and behave like real humans by forming memories and learning new skills over time.

Implications for Business Adoption of AI

As AI consumer products and services become pervasive, people will want to use them for work. But that could open the door to problems if the past is any indication.

For example, workers routinely used home versions of web email, file-sharing services, and instant messaging (IM) to get their jobs done. It was common to see a worker using all three on an office PC. The problem with this scenario was that the unsanctioned use left the company out of the picture. There were no controls or safeguards.

A worker could easily receive a message via a personal email or IM account with a malicious link or attachment.  Similarly, sharing a file via email or a file share service with oneself to work on at home was (and still is) quite common. If the content of such files contained corporate confidential information or personally identifiable information, the business might be exposed to liability and regulatory risk.

With personal AI being widely embraced today, similar issues might arise. For example, Siri or Alexa on a worker’s mobile phone could unintentionally capture audio not meant for the public to hear.

At a more sophisticated level, a tech-savvy member of a department might use one of the many services on the market to build a chatbot. If the chatbot is used to interact with customers and it displays bias or worse (as was the case in 2016 with Microsoft’s Twitter chatbot Tay), it could harm the company’s reputation.

The bottom line is that the consumerization of AI will make it easier for businesses to develop and integrate innovative business and customer services and processes. Workers will be accustomed to using some of the services at home and will be more likely to embrace such innovation. However, businesses must proceed with caution to prevent what had occurred in the past when new technology went from an employee-used consumer service to a corporate entity.