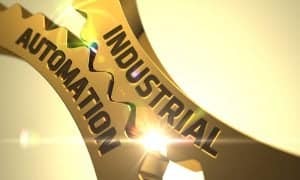 As manufacturers adjust to the need for real-time insight and rapid innovation, low code offers the needed compromise between fast development and security.

Low code technology lets citizen developers create applications without waiting for IT. Why is this an issue? IT departments are busy. Even a simple application can take weeks or months to create. Low code technology allows team members to build solutions relatively easily, without in-depth knowledge of coding languages, best practices, and development concepts. Citizen developers (i.e., shop floor staff) are presented with a basic, drag-and-drop framework that gets solutions up and running quickly, sometimes in a matter of hours.

Low code allows people working on the floor to create solutions that suit them, on their schedule, and not based on the priorities of the C-suite or the IT department. The best aspect of this is that the shop floor is where the expertise exists. The people there know the nuances of the machinery and processes.

Providing these team members with a method to build their own applications can help a company capture that collective expertise in the form of automated processes or insights into how systems work.

Provides the freedom to experiment with oversight

Empowering citizen developers has one drawback. They may not have the expertise to ensure security factors are addressed. In fact, shadow IT efforts, where business units take matters into their own hands, often result in security risks.

Low code can help. Low code lets IT and the professional programming staff oversee operations. We are not talking about overseeing in a day-to-day way and not in a way that requires a large investment in time. That would defeat the purpose of using low code.

Rather, IT and the professional programming staff can ensure that the composable elements used to create low code applications meet company security and data privacy standards. They also can impose restrictions on which datasets can be used in a low code application. Such oversight is particularly important when an application touches mission-critical or enterprise-wide systems.

Enterprise development and IT teams are typically already over-burdened with existing projects. To take advantage of the IoT most effectively, these teams need to implement IoT applications rapidly and efficiently.

With such solutions, these teams can quickly implement and update custom IoT software without the rollout becoming yet another task that bogs down overstretched teams even further. Organizations can deploy applications in just one click. Just as important, virtually anyone can perform deployments instead of requiring specialized expertise that only certain developers or IT engineers possess.

By drastically reducing the amount of custom code that businesses must write to implement new features, as well as providing pre-built integrations, low-code development allows for much faster application development and updates. By some estimates, low-code can make software development as much as ten times faster than traditional methods.

That’s a critical advantage, not just when businesses are rolling out IoT software for the first time but also whenever they need to update it in response to shifting business needs.

To derive the greatest value from IoT solutions in the industrial sector (or, indeed, in any context), businesses require software development solutions that allow them to build customized applications tailored to their unique IoT use cases quickly and efficiently.

It’s time to release IT from every mundane development task and create a climate of technology collaboration. Using low code, other business units are empowered to collaborate as equal partners with the IT department to build solutions and rapidly deploy them, creating resilience and flexibility. Teams can pivot on demand without waiting for IT to get to each small project, and IT can oversee the results, especially when these programs deploy company-wide.

Low code puts technology back where it belongs: creating value for the company. As manufacturers adjust to the need for real-time insight and rapid-fire innovation, low code could offer just the compromise they need between development and security.