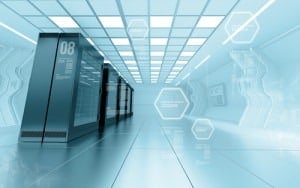 A survey of AIOps implementers shows broad success even in the early stages of the concept’s evolution.

For several years, AIOps was a “future thing” for many IT organizations, a concept to think about and maybe test for almost anyone smaller than the Googles and Facebooks of the world. That’s changed. AIOps is successful, ready for prime time, and ready to deliver real benefits.

The fact that more companies have found AIOps success is clear in recent research by Enterprise Management Associates (EMA).

“AIOps is definitely mainstream. But it’s also a relatively young discipline. In my recent survey, more than 60% of the AIOps implementations were less than two years along. What was surprising to me was not that AIOps is generally successful, but that it is overwhelmingly so,” said Valerie O’Connell, a research director for EMA, in an interview.

In EMA’s survey of more than 200 IT organizations now working with AIOps, all said their efforts are successful. Plus, 77% said their initiatives were “very” or “extremely” (31% of respondents) successful. Sixty-two percent of respondents said the value of AIOps has been high or very high in relation to its cost.

AIOps – a strategy where artificial intelligence and machine learning supplement the human side of IT operations – is attracting enterprise interest. However, the research found that the capabilities of AIOps technology outpace common demands within the enterprise. Simply, AIOps tech isn’t being challenged.

That may be because so many AIOps initiatives are new, with 65% of projects being less than two years old. The top use cases for AIOps involve the Internet of Things and operational technologies, applications where a broad variety of devices are scattered across multiple network and clouds.

Other key use cases include “Business impact” and “IT/Business Alignment”, real-time observability as companies go through digital transformation, and event management. O’Connell noted growing interest in security operations, as well.

The role of observability

Observability with end-to-end visibility – the ability for AIOPs to spot unplanned patterns of behavior — ranked as the most important goal for AIOps implementers, with 31.7% of respondents citing it. One additional finding that may spark interest in the research is the role of prescriptive recommendations from AIOps tools. Discussions about AIOps’ potential highlight the possibility of the system making recommendations for remediation to the operations staff. Yet, that capability ranked 15th among important goals. It may be one of the features that are before their time.

Other key goals for AIOps initiatives tend to be operational efficiency across IT, executive pressure on IT, and efficient workflows and collaboration. AIOps also is tied together with digital transformation and DevSecOps.

The forces behind AIOps

When it comes to the drivers for AIOps implementations there doesn’t appear to be a grassroots initiative.

O’Connell said, “AIOps is driven by the CIO, followed closely by ITOps. And that makes sense because, by its nature, AIOps crosses domains and mitigates against siloes. When you add automation to the mix, the balance swings even more strongly toward C-level drivers. In fact, the CFO makes a pronounced presence as a driver for automation.”

While automation plays a key role in AIOps, that automation doesn’t doom IT operations personnel to the unemployment lines.

“EMA research has consistently shown that, across practice areas, automation is an acquired taste. People are not universally big on adopting automation in the absence of human oversight. Certainly, that willingness to embrace automation is rarely spontaneous. It grows over time. Just as success breeds success, automation breeds automation and the cultural ability of an organization to consume it also grows over time. When it comes to AIOps, the one-two punch with automation is where the big wins live,” said O’Connell.

The benefits from an AIOps initiative, according to respondents, include better IT/business alignment, better quality of IT services and improved employee/customer experiences.

Of course, challenges come with even successful tech implementations.

Even the more successful adopters of AIOps cited existing challenges such as the cost of the technology, data accuracy and accessibility, conflicts within IT, and fear or distrust in AI. Plus, most adopters who say their strategy is successful also plan to consider a new AIOps platform within the next year.

EMA’s report concluded, ” Done right, the impact on the relationship between IT and other parts of the business can be transformative partly because improvements in IT/ business alignment are almost unavoidable. A large part of doing AIOps right is automation. Not since chocolate and peanut butter has there been a more natural pairing than AIOps and automation. However, in this case, the pairing comes close to being a survival mechanism in a world where success requires business agility and rock-solid IT service.

“The case for AIOps and its attendant automation is so clear and such an exercise in common sense that EMA expects the name to quietly go away over time. The capabilities — new today — will just become an everyday part of everyday IT operations. However, that time is still quite a bit further out in time.”