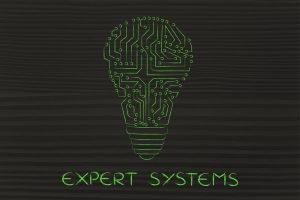 CI-based decision support and decision automation systems have the potential to deliver significant benefits to organizations that need to react in the moment to dynamic situations.

Continuous intelligence (CI) offers a way to extend advanced analytics applications into the realm of decision support and decision automation. By processing event-based and streaming data, businesses can understand what’s happening in the moment and react rapidly. Running prescriptive analytics, machine learning (ML), and artificial intelligence (AI) algorithms against this data can derive actionable information. That information can be used by systems to decide what to do next and automatically take actions on their own.

Essentially, CI run on streaming data lets businesses move away from traditional descriptive analytics (here’s what’s happened in the past). Many companies have already made the move to predictive analytics. Such analytics use regression analysis, modeling, neural network, and simulation algorithms. And they consider multiple independent variables to determine the likelihood of an event happening in the future.

The information derived using predictive analytics can be used to take preventive actions. For example, the analysis might determine that If an assembly line motor’s temperature goes 10 degrees out of range, it has a 60% chance of failing in the next 24 hours. A smart asset management system might use this knowledge to send an alert to a plant manager when a temperature spike is spotted. Such information would give the company time to replace the part before it fails.

As a result, companies using predictive analytics can transition from being reactive (taking some action after an event occurs) to being proactive (taking actions to prevent or minimize the effect of an event).

Adding in Real-Time Analysis of Streams

Specifically, CI systems use real-time and historical data to enable critical decisions and actions to be taken in milliseconds to minutes. CI systems learn from new and historical data using AI to gain insights and act appropriately. CI goes beyond predictive streaming analytics. Like the nervous system, CI propels people to act immediately if necessary. As such, CI can be used for decision support and decision automation. These are applications where time is of the essence.

CI used for decision support helps businesses and people make decisions on how to respond to events that may be rapidly changing. The derived intelligence complements the actions a person or business would take. So rather than making a decision based on a gut feeling (a change in market conditions, for example), CI would provide the information to pick the right decisions and back up the decision. General application areas for CI in business include risk assessment, research, target marketing, sales acceleration, revenue growth, finding opportunities for funding business growth, and increasing operational efficiencies.

An example of a CI-based decision support application is a company that continuously monitors everything about their transportation operations, from crew and passengers aboard each plane to hours worked each day and month. When irregular operations cause flight delays, the company immediately determines if a crew would violate United States Federal Aviation laws on how long a crew can work each month or day. With insight based on passengers aboard, flight connections, and past operations, the company can decide if it’s more profitable to cancel the flight or call in the backup crew.

CI used for decision automation takes things to a higher level. Actions are taken without a person involved based on the derived information. CI for decision automation has many benefits. It offloads work from people; it is a faster, less expensive way to operate than relying on human decisions; it ensures more consistent decisions; and it can guarantee better compliance by following predetermined policies.

An example of CI-based decision automation would be a retailer automatically reacting to changes while the customer is shopping online. Suppose a person is buying an item right now. The item is added to the person’s shopping cart. Is it in stock? No. The last one was sold a fraction of a second ago. Having this information, the retailer could offer a discount on an alternative before the shopper checks out and is surprised to find the item that was in stock 30 seconds ago is now showing up as out of stock.

The bottom line is that CI-based decision support and decision automation systems have the potential to deliver significant benefits to organizations that need to react in the moment to dynamic situations.