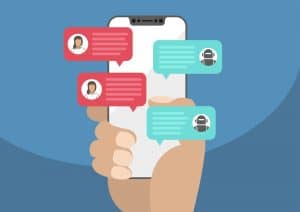 The goal of the system is to encourage individuals to talk about any difficulties they may have encountered due to the pandemic.

At a time when most people are unable to visit their therapist or counselor, a collaborative team from the University of Michigan and UT Austin have launched an AI-powered virtual interviewer to provide support during the COVID-19 pandemic.

The dialog system asks a series of questions to build a baseline of a person’s issues, focused primarily on the current pandemic. It follows up with questions based on the person’s interests or emotions expressed.

SEE ALSO: Will the Consumerization of AI Set Unrealistic Expectations?

Users are actively encouraged to take their time, with a timer to indicate how long has been spent on a question. It is believed that expressive writing can resolve ambivalence and improve well-being, by allowing a person to self-reflect on situations.

“Unlike other systems that serve similar purposes, which frequently use multiple choice questions to progress in the dialog, our aim is to have a natural dialog where users can respond using free text,” said Rada Mihalcea, collegiate professor at U-M.

“The goal of our system is to encourage individuals to talk about any difficulties they may have encountered due to the pandemic.”

Emotional Intelligence Has Its Flaws

Emotional intelligence is seen as a powerful new emerging technology, with plenty of use cases in healthcare and the workplace. But some technologies, like AI that read facial expressions, have received criticism for poor accuracy and dubious science.

The expressive writing system is not without its flaws. It feels very detached, moving from question to question without the feedback a counselor would provide. The team said it’s a replacement for therapy, rather a tool for people struggling to handle emotions or stress during the pandemic.

The team plans to expand on the project, to include more subject variety. “It is a framework that we can use to further build upon both in terms of leading conversations on other topics (such as racial injustice or life with chronic illness),” said Mihalcea.

For anyone looking to try it out, it’s available at expressiveinterviewing.org