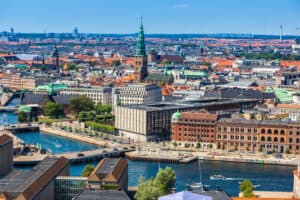 Digital cities seeing the most remarkable success use technology to achieve clear, measurable goals. They also prioritize citizen and business engagement from the start.

The inaugural Digital Cities Index ranking from Economist Impact (the research and analysis arm of The Economist Group) has named Copenhagen for its top spot out of 30 cities. Following Copenhagen are Amsterdam, Beijing, London, and Seoul, with the latter two tying for fourth place.

The new survey assesses cities based on how well they perform in: connectivity, services, culture, and sustainability. Copenhagen scored the top spot in all pillars except culture, where it came in fourth. New York, which was not in the top five, came first in that category.

Amsterdam, Beijing, and Seoul made the top five thanks to excellent performance in sustainability and connectivity. London, in particular, was noted by the survey for its high-quality services.

They will identify key cities making and succeeding in digital transformation goals each year. This list could provide guidelines and inspiration for other cities hoping to follow the same path.

Smart cities are on the rise

Cities all over the world have increased spending on digital transformation. Copenhagen, in particular, has unified digital services and follows the newer methodologies for adoption. Previously, cities focused on top-down strategies, but lately have seen far more significant results by taking a results-oriented approach that engages businesses and citizens.

Copenhagen has implemented many digital solutions to make services more accessible and faster for citizens. There are also plans to automate heating and cooling systems within buildings to reduce environmental impact and costs and reduce emissions.

The cities seeing the most remarkable success use technology to achieve clear, measurable goals. They also prioritize citizen and business engagement from the very first planning to the end of the project and beyond. In addition, top-performing cities make significant efforts to identify and mitigate any negative consequences of digitization efforts.