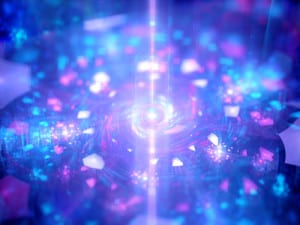 To handle tomorrow’s computing challenges, IBM has announced that it is now making access to quantum computers broadly available as a service.

Just about every enterprise organization is, at the very, least experimenting with machine learning algorithms and other forms of artificial intelligence (AI) to address a broad range of previously intractable challenges. The theory is that these models will be used to inform advanced analytics applications that will be better able to provide actionable insights in real time.

As big as an advance as they may seem, however, organizations need to have a keen understanding of what kind of problems the current generation of AI technologies can actually solve. By and large, those problems that machine learning can address are limited to applications where all the events being analyzed are known and well-defined. More sophisticated analytics challenges will have to wait for new technology platforms such as quantum computers to mature.

To achieve that goal IBM has announced that it is now making access to quantum computers broadly available as a service. The first IBM Q Systems provide access to systems capable of processing up to 20 quantum bits (qbit), which is the maximum number of qbits IBM has been able to make stable enough to be used. IBM, however, does have a prototype of a system under development that can store up to 50 qbits. Those qbits are units of information that span two spaces, versus a conventional computer bit that only spans one.

Jerry Chow, manager for experimental quantum computing at IBM, says quantum computers will make it feasible to address applications ranging from complex molecular structure to real-time analytics applications such as optimizing how traffic flows around a major city because the number of interaction that can be modeled using a quantum system scale well beyond anything possible today using conventional IT systems.

“There are a lot of things you can achieve using a quantum computer that you simply can’t with classical computing,” says Chow.

Leveraging the use of APIs

To make it easier to build those applications, IBM is exposing quantum systems available via application programming interfaces (APIs) and software development kits that are acceded via the IBM Q service. That approach, says Chow, eliminates the need for anyone to have a degree in quantum physics to make use of these systems. IBM claims that via IBM Q experience over 60,000 users have already run over 1.7M quantum experiments. IBM has also created the IBM Research Frontiers Institute, a consortium that develops and shares a portfolio of ground-breaking computing technologies that includes advances in quantum computing. Founding members include Samsung, JSR, Honda, Hitachi Metals, Canon, and Nagase. IBM has also presented its quantum computing advances at an IEEE Industry Summit on the Future Of Computing the was conducted as part of an IEEE Rebooting Computing Week program.

As quantum computing becomes more accessible Chow says organizations will need to take a step back to determine what types of problems can best be solved using what platform. Today there are many organizations trying to apply machine and deep learning algorithms using traditional computer systems that either won’t work or will simply require too many compute resources to practically implement, says Chow. The more unknown variables and interactions there are involved in a problem the more likely it becomes that the problem will be best addressed using quantum computing, adds Chow.

Recent advances in applying machine and deep learning algorithms has certainly transformed the state of analytics. But most of those algorithms have been around for decades. It’s only now because the cost of storing and processing all the data required to drive those algorithms that they are finding their way into mainstream applications. Quantum computing, on the other hand, represents a whole new field of computer science that promises to transform everything we can think can be accomplished using IT. The issue facing organizations inside and out of academia now is to figure out how best to apply quantum computing to drive the next generation of real-time analytics applications.