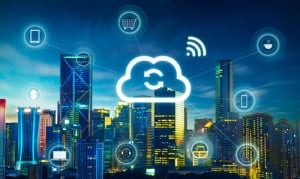 IDC reports that while real-time analytics will help 75% of all IoT projects gain ROI, only 25% will have the right tech to provide a competitive advantage.

A forecast from International Data Corp. (IDC) suggests based on a series of surveys says that while 75 percent of organizations that will generate a positive return on investment (ROI) on investments in Internet of Things (IoT) projects by 2021 thanks to tactical analytics applications, only 25 percent will have implemented a “decision architecture” that provides their organization with a strategic competitive advantage.

Over half (57%) of the respondents to surveys cited in an IDC FutureScape for the 2018 IoT report identified IoT as a strategic investment that reduces costs and increases productivity. But only 32 percent view IoT as a transformational change that will result in new products and services.

Allowing for failures that could stem from everything from technology challenges to faulty business models, IDC is forecasting that only a quarter of organizations will succeed in terms of driving a truly transformative change via their investments in IoT.

IDC says much of that success when it occurs will be driven by a conscious decision to implement what it describes as a decision architecture based on a data-centric approach to IT. While there are many ways to achieve that goal, IDC says such architectures are the at the core of the new digital economy; spanning everything from how organizes manage the data from edge to the cloud, to analyzing that data applying the results to processes in near real time.

Specifically, IDC says IoT success will depend on having software capable of sending, receiving, and processing data in high volumes at high speeds is required. In addition, IDC notes organizations will need in many cases streaming integration technologies to replace existing batch-oriented tools.

Unfortunately, the IDC survey finds only 23 percent of the respondents say they work in organizations that have first mover or fast follower cultures when it comes to innovation. That represents a recipe for a massive amount of disruption as the 23 percent planning to leverage a data-centric architecture to expand their reach into adjacent markets or, more likely, startup companies that employ advanced analytics and various classes of algorithms to drive new business models to emerge.

IDC forecasts by 2021 over $1 trillion, or 85%, of IoT project investments in the enterprise arena, will represent net-new spending on technology. IDC also forecasts over the next three years at least $3.1 billion will be spent globally on associated IT consulting services, while another $11.2 billion is spent on systems integration services. In all, IDC estimates by the end of 2020 nearly 50 percent of all new IoT applications built by enterprise IT organizations will include some form of outcome-focused functionality enabled by analytics software.

IDC also notes it expects ten percent of pilot and production blockchain distributed ledgers will be connected one way or another to an IoT sensor by 2012 and that, in the same period, 30 percent of global 2000 companies will be employing data generated from digital twin applications connected to IoT devices.

Put it all together and it’s clear IoT will drive a new wave of computing requiring real-time analytics to be deployed both at the edge, in the cloud, and everywhere in between. Most IT organizations today may not have the IT prowess required to implement distributed applications at that level of scale. But as competition across a digital economy becomes increasingly fierce, most of them are about to discover how critical real-time analytics is about to become to ensure their continued survival.