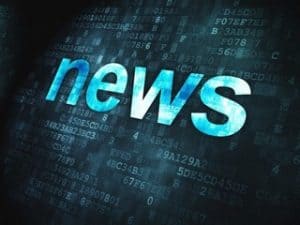 Keeping pace with news and developments in the real-time analytics market can be a daunting task. We want to help by providing a summary of some of the items our staff came across each week. Here are some of the news items from this week:

IBM and the Linux Foundation AI and Data (LFAI and Data) announced Machine Learning eXchange (MLX), a Data and AI Asset Catalog and Execution Engine, in Open Source and Open Governance. The Machine Learning eXchange (MLX) is a single repository where all different asset types (e.g., Datasets, Models, and Pipelines) are stored to be shared and reused across organizational boundaries, providing data scientists and developers with:

Hewlett Packard Enterprise announced a series of new cloud services for the HPE GreenLake edge-to-cloud platform. The new offerings include:

BMC announced the acquisition of StreamWeaver. Together, BMC and StreamWeaver will allow customers to apply BMC’s advanced AI/ML analytics capabilities to rich data from the various tools and technologies that may exist in their IT environments, seamlessly integrated into the BMC Helix platform. StreamWeaver enhances BMC’s AIOps capabilities with a broad set of out-of-the-box data integrations that allows customers to achieve better incident and risk predictions, improved automated remediation, and increased support for DevOps and ServiceOps.

The Data on Kubernetes Community (DoKC) announced founding sponsors and a governance structure to accelerate the emergence and development of techniques for the use of Kubernetes for data, including the appointment of a director. Founding Platinum sponsors include DataStax, EDB, MayaData, and Portworx by Pure Storage.

Yandex announced CatBoost 1.0.0, a new version of its open-source machine learning library. The major version of CatBoost includes a number of improvements and bug fixes, including:

TIBCO Software Inc. announced an evolution of its data quality capabilities into the new TIBCO DQ product family, along with key enhancements to TIBCO Data Virtualization and TIBCO EBX within the Unify portfolio. These announcements address organizations’ data management challenges head-on, empowering the business to assemble an agile data fabric unrestricted by siloed data on any cloud platform.

In other TIBCO news, the company announced updates to its Connect portfolio and an evolution of TIBCO Cloud, packed with enhanced features that provide a unified, self-service, modern digital platform. There are updates to integration, API management, and messaging that help businesses connect, compose, and deliver any application, data source, and device. Additionally, the company announced updates to its Predict portfolio with updates to TIBCO Spotfire, TIBCO WebFOCUS, TIBCO Data Science, and TIBCO Streaming.

Hazelcast announced the general availability of its Hazelcast Platform. The Hazelcast Platform combines the capabilities of a real-time stream processing engine with in-memory computing to deliver a simplified architecture that is highly performant, scalable, and reliable. With the Hazelcast Platform, enterprises can utilize a single platform for transactional, operational, and analytical workloads.

In other Qlik news, the company announced the acquisition of Big Squid, a provider of no-code automated machine learning (AutoML), to expand data and analytics teams’ ability to leverage advanced augmented analytics capabilities directly within Qlik.

Indico Data announced the general availability of the Indico Unstructured Data Platform, a solution to automate, analyze, and apply previously unreachable unstructured data into mission-critical enterprise workflows. Delivered as a service in the private cloud or hosted by Indico, the platform is easy to deploy and delivers business value in days, not weeks or months.

Vertica announced the general availability of its new unified software-as-a-service (SaaS) offering, Vertica Accelerator. Running on AWS, Vertica Accelerator delivers high-performance and scalable analytics as well as end-to-end, in-database machine learning to organizations that require the right level of resourcing, management, and control for each analytical use case – all built on the new Vertica 11 Unified Analytics Platform.

Oracle announced the availability of the Oracle Exadata X9M platforms, the latest version of its systems for running the Oracle Database. The new Exadata X9M offerings include Oracle Exadata Database Machine X9M and Exadata [email protected] X9M. The next-generation platforms accelerate online transaction processing (OLTP) and deliver up to an 87 percent increase in analytic SQL throughput and machine learning workloads.

Pure Storage announced new solutions that bring infrastructure and applications closer together by enabling cloud-like automation and delivery of storage. One new offering is Pure Fusion, a self-service, autonomous storage-as-code platform that lets users consume traditional storage like a cloud service. The other offering is Portworx Data Services, a Database-as-a-Service platform for Kubernetes that lets DevOps engineers deploy a managed, production-grade data service with the click of a button.

Gitpod announced the creation of the OpenVSCode Server open source project. OpenVSCode Server lets developers run upstream and stable VS Code in a browser. By doing so, Gitpod is making a browser-based VS Code developer experience accessible for everyone allowing developers and teams to run VS Code on cloud-powered servers and access it from any device.

Alteryx and UiPath announced the expansion of their strategic partnership and new integrations with a connector as part of Alteryx’s recent product release. Together, Alteryx APA + UiPath Robotic Process Automation (RPA) eases the process of digital transformation by unlocking the value from enterprise data. Thanks to RPA, organizations with repetitive processes involving data residing in homegrown, older, or non-API systems can achieve faster time to insights and reduce the risk of error.

dotData announced that Mitsui Chemicals will be working with NEC Corporation to trial an AI-based system for forecasting changes in the prices of specific Mitsui Chemicals products that are sensitive to market conditions.

MathWorks introduced Release 2021b of the MATLAB and Simulink product families. The new release offers hundreds of new and updated features and functions in MATLAB and Simulink. New capabilities in MATLAB include code refactoring and block editing, as well as the ability to run Python commands and scripts from MATLAB.

If your company has real-time analytics news, send your announcements to [email protected].

In case you missed it, here are our most recent previous weekly real-time analytics news roundups: