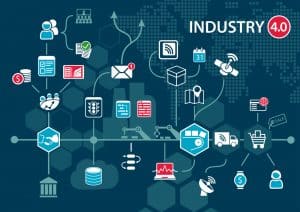 Automotive OEMs have been big adopters of both innovative technologies (such as robotics) and management practices, yielding more efficient operations and a competitive edge.

A new report by IoT Analytics reveals North American manufacturers are ahead in Industry 4.0 deployment, with General Electric and Boeing considered leaders of their respective industries.

SEE ALSO: Why People Are Key to Industry 4.0 Success

North America, specifically the United States, is currently ahead when it comes to deployment. 36 percent of respondents said they have extensively adopted these technologies, compared to 27 percent in Europe and 20 percent in Asia.

The automotive industry is far ahead of other industries in Industry 4.0 adoption, which includes 3D printing, 5G, AI, AR, robots, cloud, edge, and IoT. 36 percent of respondents in the automotive industry said they have seen the extensive rollout of these technologies, six percent ahead of the electronic components industry, which came second.

“Competition has been driving innovation in the automotive industry for decades,” said IoT Analytics in a summary of the report. “As a result, automotive OEMs have been big adopters of both innovative technologies (such as robotics) and management practices (such as TPS) which yield more efficient operations and thus a competitive edge.”

Tesla, BMW, and Toyota were all recognized as adoption leaders in their respective regions.

Deployment of Industry 4.0 technologies varies depending on the industry’s needs. For example, the use of drones is far more common in mining and energy projects, while the automotive industry utilizes 3D printing more.