Home / Analytics / Why the Utility of the Future Is Real-Time 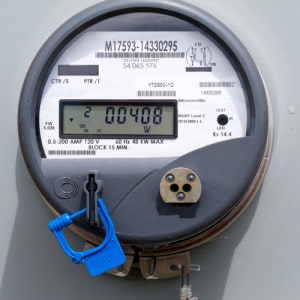 As smart grid projects take off, especially on the distribution network, utilities must make the case for real-time analytics.

The explosion in solar panels, electric vehicles, energy-storage devices and smart appliances opens up new pricing models and new ways of managing the electric grid. These “smart grid” initiatives encompass everything from power production to delivery to controlling a specific appliance in a home.

Real-time applications for energy production and delivery include on a large scale include:

On a distributed scale, smart grid applications include:

Real-Time Utilities and the Smart Grid

These examples are by no means all-inclusive—there are several more such as asset and long-range load planning that fall under the rubric of “Big Data”—but what’s key is that the hardware that enables these applications already exists and is being deployed by forward-thinking utilities. Devices include smart meters, smart thermostats, solar panels, lithium-ion batteries, intelligent lighting, and various kinds of sensors.

The adoption of smart devices in the energy industry is being driven by several forces, including:

What this means is that utilities will have at their disposal increasing amounts of granular data, whether that’s just from one power plant, a distribution node, or a smart city. The question is what to do with that data, and how to make a business case for the investment in smart grid and data analytics.

A 2015 “Strategic Directions: Smart Utility Report” from Black & Veatch points to a “high number of cities, privately owned utilities and other providers on the sidelines of the automation movement.” A “surprising number of utilities, city governments and other service providers have no plans to implement smart grid projects,” the report states. They are “focused on the costs of maintaining and replacing outdated equipment” and “are unconvinced that smart grid technologies and automation are critical. Others are kept away by investment-return pressures. Those concerns, while significant, carry risk.”

For distribution automation initiatives, utilities must either get rate recovery in excess of costs or realize operational savings in excess of the investment, according to the report. For regulated utilities, this means getting approval from a local regulatory agency. Black & Veatch advises utilities to create a comprehensive plan for their smart grid initiatives that includes an “aggressive customer education component to instill trust and preempt suspicions about the utility’s motives.”