Home / From Our Experts / Why People Are Key to Industry 4.0 Success 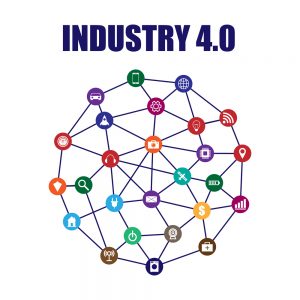 The importance of workforce and talent strategies for Industry 4.0 success were recently highlighted by executives from Porsche, Schneider Electric, HP, and others during the Industry 4.0 conference in Tel Aviv.

Faced with the complicated technology requirements of Industry 4.0 – which is “the digitization of physical assets and connectivity between networks of producers and partners” – organizations are increasingly embracing open innovation and tapping external technologies through partnerships and acquisitions instead of developing them internally.

Companies are also addressing skills gaps in their workforce and trying to adopt more agile practices to mimic startups.

HP, for example, has grown its team of data scientists and artificial intelligence and analytics capabilities and has launched training programs to upskill its workforce, said Paul Benning, a Senior Fellow and CTO at HP, during a panel session on talent and open innovation.

Workers also need to be given more responsibility by managers and encouraged to think out of the box as part of their training and education, said Barthold Veendaal, SVP Partnerships at Schneider Electric, during the session. Managers also need to be prepared if they fail, he added.

To encourage this shift in education and thinking at Schneider, the company is embracing more diversity and measuring it as one of its key performance indicators, he said.

When it comes to open innovation, managers need to be trained to handle it, Veendaal continued.

The difference in corporate and startup cultures requires consideration and sensitivity, for example. While multinationals are established and can take longer views of projects, startups don’t have that luxury and need to look at next week, said panelist Hadar Pode, Director, Porsche Digital Lab Tel Aviv, which has several partnerships with startups in Israel.

Corporate managers need to be agile and find ambassadors in management who can shorten the deadline, she added.

This change in approach and the rise of open innovation, is expected to bring together more and better partnerships, said Yariv Lotan, Director of Strategic Sector Development at Start-Up Nation Central, a non-profit advancing collaboration with Israeli innovation and one of the conference organizers.

“These megatrends are enabling collaboration more openly and partnerships with less boundaries,” he explained, adding that the participation of governments, universities, investors, and others in the ecosystem is also helping drive innovation.

The conference, which was also organized by Deloitte and the venture capital firm Grove Ventures, attracted several large manufacturers including Ford, Nestle CPW, and AB inBev, and there were over 200 business meetings that took place the day before the conference, he noted.

Several of the companies already have partnerships in Israel, including Nestle’s cereal unit Nestle CPW, which uses Israel-based Seebo’s industrial AI solutions, and Swedish bearings manufacturer SKF, which acquired Presenso, a provider of industrial analytics tools for predictive maintenance, in 2019.

SKF had been developing a solution internally when Presenso reached out about a partnership in May 2019, Victoria Van Camp, CTO and President, Innovation and Business Development in SKF, told RTInsights. After the initial meeting with Presenso’s team led by CEO and founder Eitan Vesely, SKF realized there was value beyond Presenso’s solution. Five months later, SKF announced it had agreed to acquire Presenso and that Presenso would operate as its R&D center in Israel.

Lisa Damast is the Head of Marketing for RTInsights.com and founder of the Gender Diversity in Tech weekly newsletter. She has over 12 years experience in online media as a reporter and marketing manager. Follow her on Twitter @Lisa_Damast