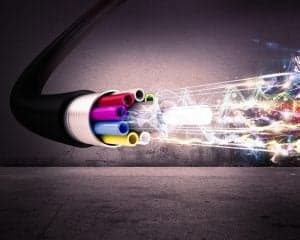 IoT technology will have a stronger foundation thanks to the infrastructure bill’s focus on bridging the divide between areas with internet access and those who struggle to find quality internet.

IoT is having yet another banner year, but a new development in public spending could catapult the tech further than it has ever been. In November, the U.S. government signed a $1.2 trillion infrastructure bill that’s one of the most significant pieces of legislature in recent history. The bill will address crumbling physical infrastructure as well as digital infrastructure like expanding connectivity. As a result, technology providers in IoT are taking note.

Although the bill doesn’t explicitly earmark IoT spending, the application of funds towards greater connectivity and revamping physical infrastructure provides plenty of opportunities. The bill is a win for technology providers in areas like fiber and broadband, but let’s explore why IoT has reason to take notice.

A commitment to digital transformation in infrastructure

The bill both implicitly and explicitly addresses the need for greater investment in the digital space. U.S. infrastructure lags behind other countries—particularly China, a country that remains a benchmark for the U.S.’s competitiveness on the world stage. Currently, water and electricity infrastructure occupies the most significant area of need, and depression-era infrastructure still in use will require upgrades.

McKinsey noted back in 2016 that the U.S. would need to invest millions of dollars in infrastructure simply to keep up with the rate of expansion. The pressure is now on to rebuild before the next global pandemic hits—and maybe even in spite of it. Technology offers a clear path to efficiency that could save millions in grant spending.

The bill isn’t specific about IoT spending, but experts in the field are confident that the technology will make multiple appearances. A visible part of the bill includes repairing and rebuilding crumbling bridges and other public amenities, all of which will require analysis and heavy planning around public movement. This remains an area ripe for IoT sensor input.

In addition to transportation, companies in the manufacturing, energy, and utility sectors will receive funding. This will be good news for IoT vendors because of the valuable data gathered for existing distributed infrastructure in all of these industries.

Leveraging technologies like IoT within physical infrastructure gives local and state authorities better accounting of the status and makeup of older infrastructure despite the distance. Utilities, likewise, will benefit from investment in technologies designed to ease maintenance difficulties and provide oversight with rich data.

See also: How the Internet of Things is Shifting the Digital Age

The bill earmarks at least $65 billion in grants for installing broadband connections in rural areas and other traditionally underrepresented communities. IoT requires a connectivity layer for effective data gathering, so the race to cover areas of the country that struggle only adds to the strength of the IoT market.

IoT technology will have a stronger foundation thanks to the bill’s focus on bridging the divide between areas with internet access and those who struggle to find quality internet. $65 billion includes:

Among other disbursements. The bill focuses on increasing speed and connectivity even in areas traditionally challenging for such digital adoption. Currently, broadband efforts vary widely across states, so part of the spending plan involves getting the local and state level involved.

The spending bill earmarks some spending to upgrade coastal and inland ports as well as border entry points. Projects will start soon—some in as few as two months—and IoT could also provide support at this crucial juncture.

IoT sensors could provide critical data designed to smooth container ship stoppages that have plagued the supply chain. Ports will begin upgrades, and we could see a drastic reduction in the disparity of efficiency.

In the past, ports had to shut down operations partially or completely to upgrade, perform maintenance, and run checks. Over the years, they’ve taken on more without making upgrades to their infrastructure. When the pandemic hit, those disparities became impossible to ignore. Even now, the supply chain still struggles under the weight of a complex system partnered with continued disruptions.

IoT providers are hoping to lessen supply chain bottlenecks by providing technology to smaller ports attempting digital transformation in the wake of a pandemic.

With IoT spending, ports gain real-time visibility into obstacles and issues, helping even small ports stay on top of disruptions.

IoT leaders have reasons to be hopeful

Sensors only work as well as their connectivity. The bill’s focus on both physical infrastructure spending as well as digital spending could provide the basis for IoT and 5G capabilities. Although the emphasis on fiber has brought about some criticism, overall, the bill aims to equalize some of the disparity brought by past infrastructure spending.

IoT experts and vendors already see potential in areas of disaster response and recovery as well as predictive maintenance and assessments for existing infrastructure. Increased connectivity provides opportunities for smart cities as well. Thanks to a strong focus on the technology layer of infrastructure, IoT providers should have no trouble finding a solid support position within the list of technology solutions.